I've got some more information and pics of Foundry's latest old Citadel releases. I also neglected to mention that they have unearthed some old Barbarians (or Norse/Vikings...however you want to label them), which I've detailed below.

The first thing to say is that I spoke with Marcus at Foundry about the release of these figures and he told me that the reason they aren't on the website at the moment is that they are waiting for sets of them to be painted up, which makes sense. Some, but not all, have been painted. If you want them in the meantime its best if you call them.


Here are the figures I picked up at the weekend: 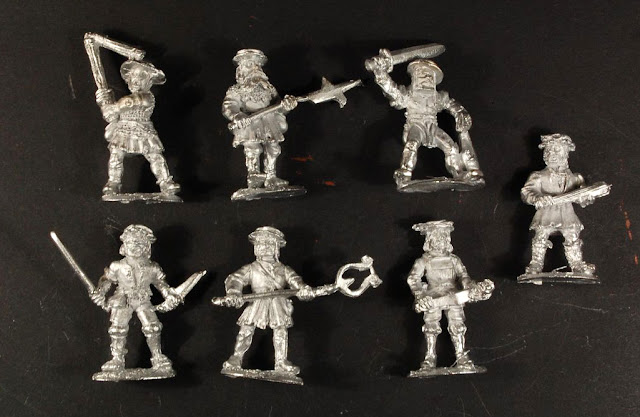 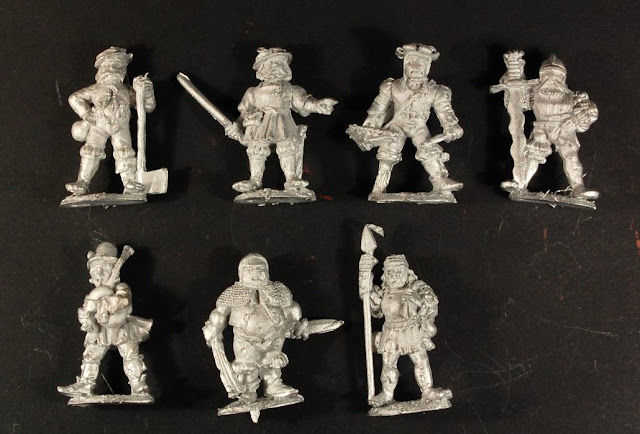 If you read my blog post on Saturday you will remember that I posted a link (from the Stuff of Legends site) to a colour advert which appeared in White Dwarf for this range, which were labelled as "Mercenaries". That particular advert is actually missing two figures from this range, and the full range can be seen on a flyer that was released in 1987 (known as the "Thank You Mr President" flyer): 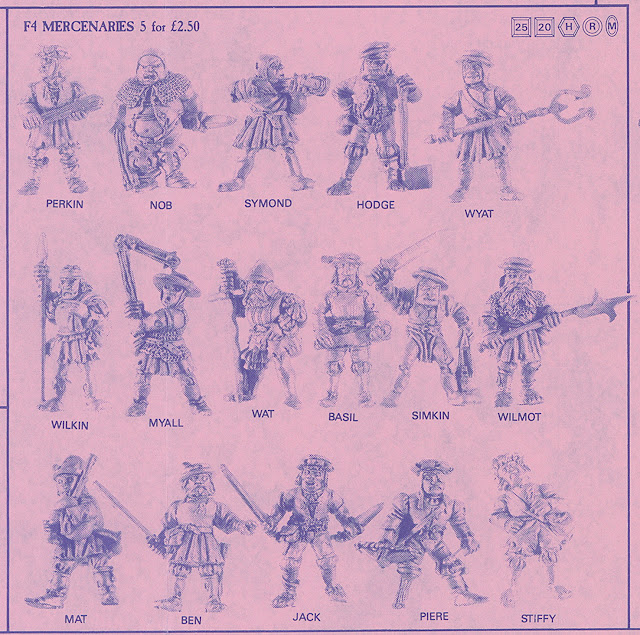 Comparing the flyer with the White Dwarf ad, you will see that "Hodge" and "Stiffy" are not in the White Dwarf ad. Comparing the flyer with Foundry's latest release, "Symond" and "Stiffy" are absent from the figures I picked up at the weekend. It's entirely possible that they exist on moulds which are yet to be spun at Foundry. Alternatively they may previously have been absorbed into another range at Foundry which I am not aware of.

Here are some of the painted figures that were on display at Foundry over the weekend: 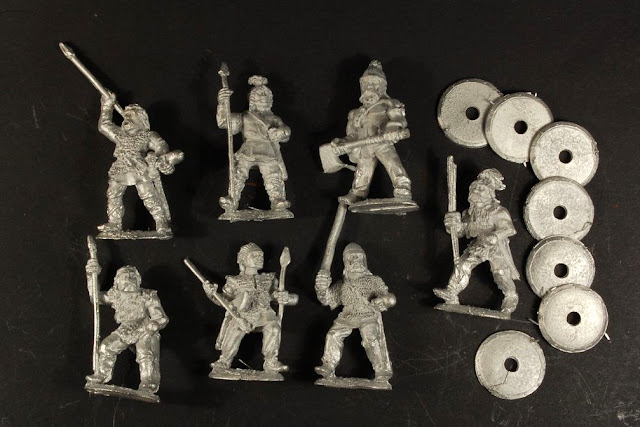 It's such a joy to see these figures in production again. How many more of the old Citadel "fighters" historical-crossovers ranges might be left to unearth? And the old AD&D barbarian variants?
Posted by Steve Casey at 11:50