Bryan Ansell has the majority of the painted figures that appeared in the Talisman White Dwarf adverts in issues 94 (Talisman Dungeon) and 100 (Talisman Timescape). Unfortunately I have been unable to find the Talisman Dungeon Sprite, Dark Elf and Scout figures, but as a bonus I have included the three non-Talisman Chainsaw Warrior figures in this post (an additional Chainsaw Warrior was included in the Talisman Timescape set). Stupidly, I completely mixed up the figures in taking the pics below! 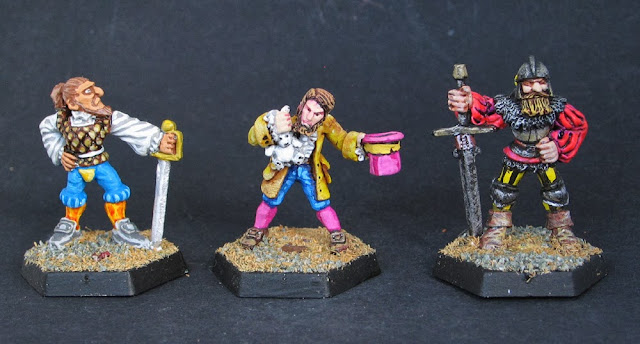 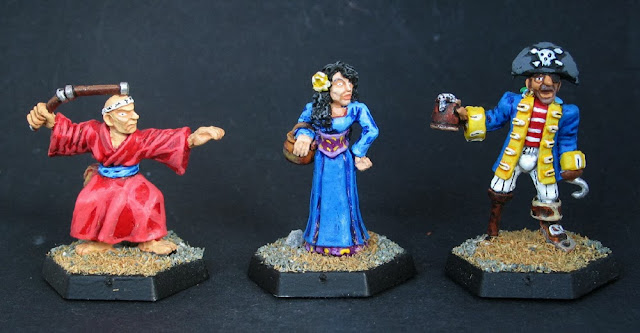 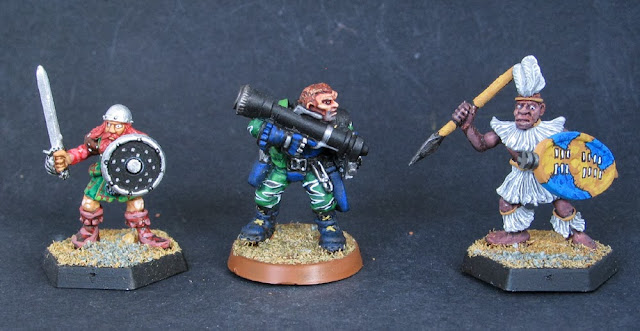 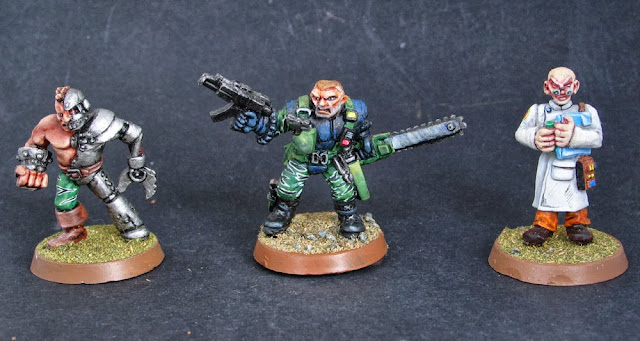 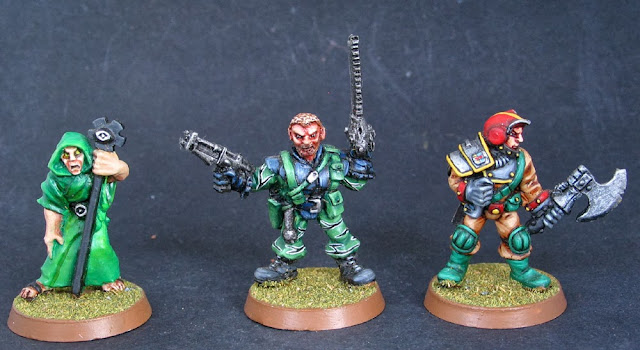 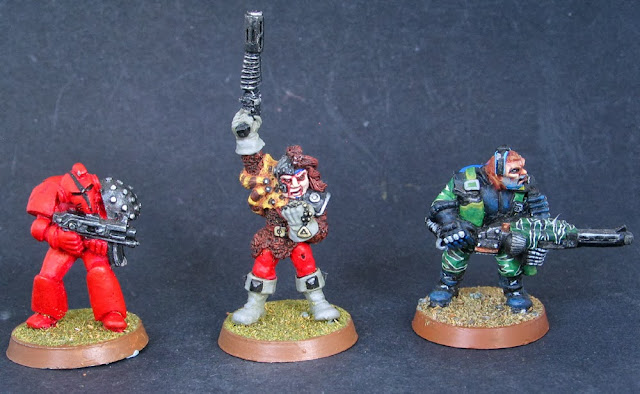 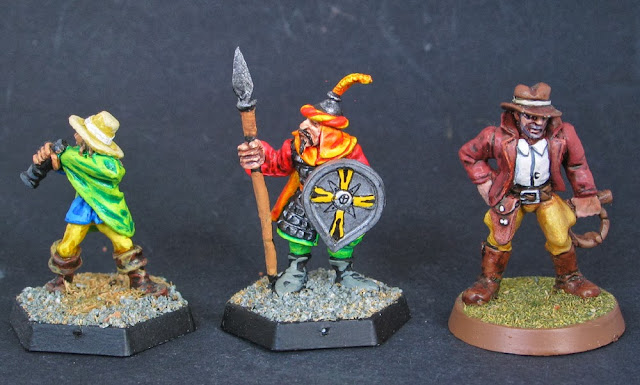 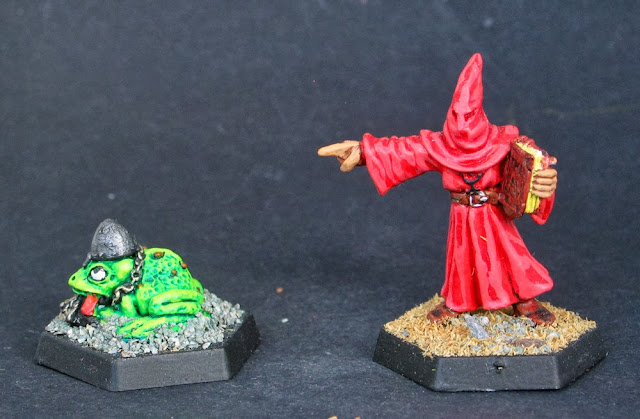 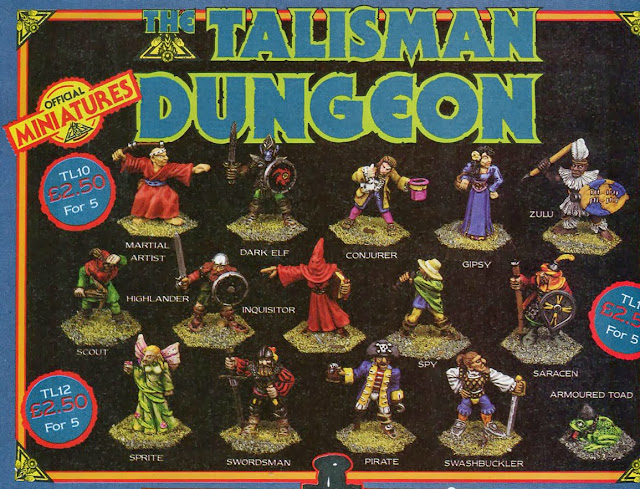 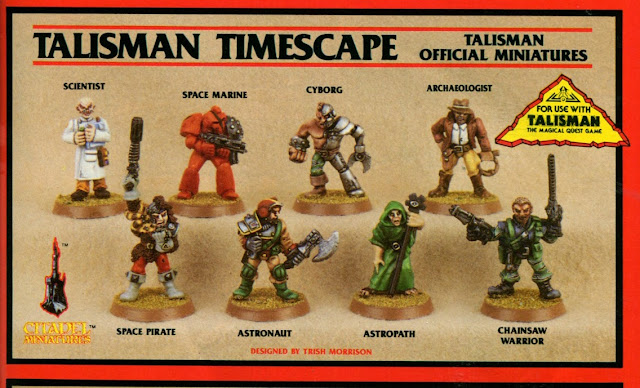