This was one of those "grab something out of the lead pile" projects, and it helped that he was already assembled and primed when he emerged. I decided to make him a Word Bearer so I went for a modern colour scheme to suit this Legion: 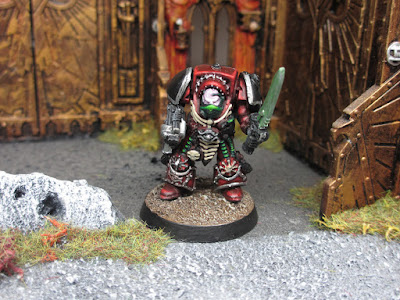 He's a classic RT era traitor terminator - or at least his body is - one of three that was available back in the day (image from Stuff of Legends website): 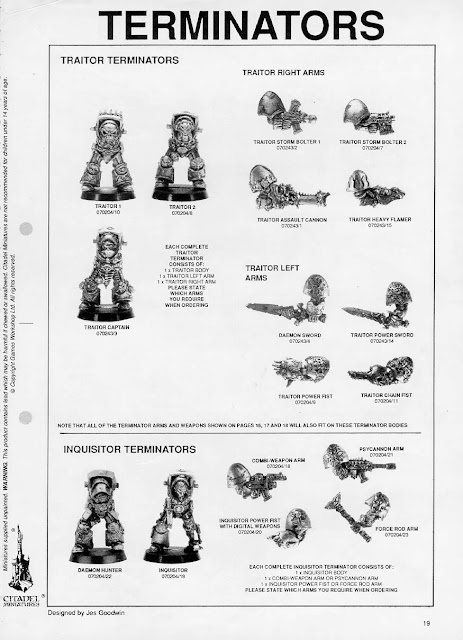 The thing is, he had "loyalist" arms, so I retconned him to being "on the turn" to chaos in the Horus Heresy.

I base-coated him in Vallejo Black Red, which I find to be a great base colour for any dark/deep red colour scheme. I then painted him with Forge World's Word Bearers Red paint, with a final highlight of Foundry scarlet. The greens are various GW greens, and I like the way they look with the red.

Now the trouble is that when I started painting him I noticed he had some pretty bad mould slippage, which went beyond simple mould lines. You may be able to see some of it on the bolter and bolter arm shoulder plate. I managed to ignore this initially but as the painting went on it started annoying me more and more, until eventually I just rushed to finish (which is probably evident by the colour of the sword!).

Lesson learned - next time check the figure carefully before starting...
Posted by Steve Casey at 11:30