I was given the heads-up on this site recently: http://www.fantasyartoriginals.com/ The site has 24 - yes 24 - pieces of art by John Blanche for sale. Many of the paintings are from the 1970s, and there is original artwork from the Tolkien Bestiary, Ratspike, and The Prince and the Woodcutter for sale. The owner has given me permission to reproduce some of the images for sale here. There is a contact form on the site if you wish to purchase any, but it goes without saying: "serious offers please!"

Here is a small selection:

I've been a collector for more years than I care to remember, but there was a time when I also gamed and painted. I say painted - I once covered a box set of Citadel Warrior Knights of Law with Humbrol enamel silver paint. That was the early 1980s, and back then I played most of my games (mainly Warhammer with a smattering of D&D, Traveller and MERP) with figures IN BARE METAL! Yes that's right. I know. Shame on me. Fast-foward a couple of decades and these were my next attempts: 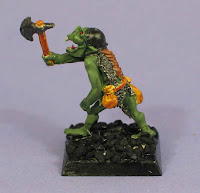 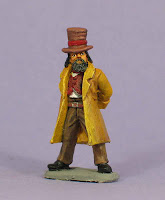 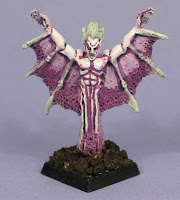 A big improvement over a thick coat of silver, but still short of where I want to be, which is to be able to paint to a tabletop standard quickly.

Another year or so later and these came next: 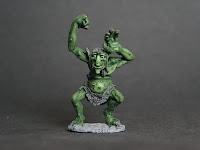 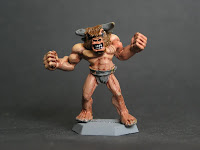 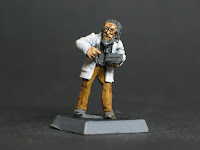 I was fairly pleased with these. I admit, not a Golden Demon in site but pretty close to where I wanted to be. BUT, they are not finished, and that's how they have remained.

Hopefully that is about to change. I've entered the painting challenge over on the BLOOD forum and I'm hoping this will give me the impetus to get my paint brush in gear. Here is what I'm entering:

So there, I've blogged it so now I'm committed. Wish me luck! 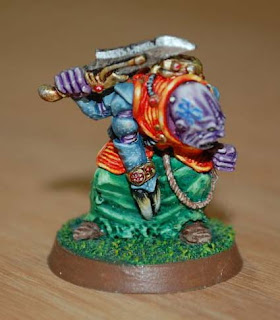 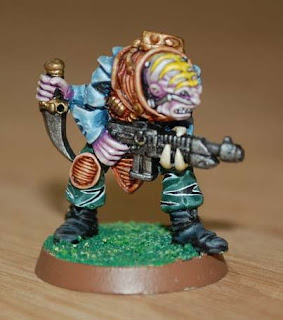