Here’s some interesting news for fans of old Ral Partha sculpts. A very reliable source has informed me that Iron Wind Metals is preparing to re-release some of the original Ral Partha 02 Fantasy Collector Series and 01 Personalities miniatures for the classic Elves, Orcs, and Goblins. The project is being announced at GaryCon this week, but here’s a sneak peak for you lot: 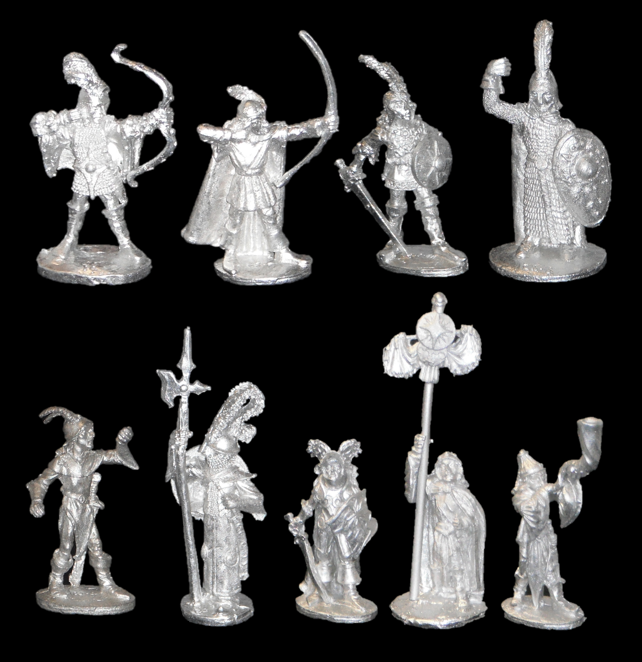 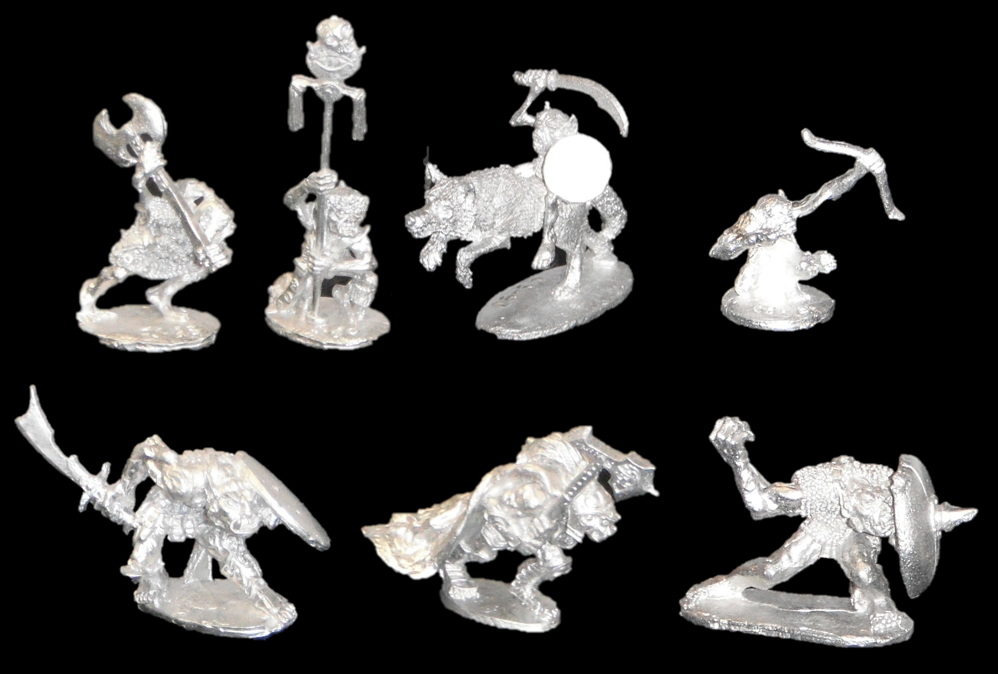 These are uncleaned master castings, waiting to be worked on by the Master Mold Room. They still have flash on them because they have not been prepped by the mold room guys yet. These figures haven't been in production since at least 1998.

My source promises me there will be more stuff down the road. Watch this space!
Posted by Steve Casey at 08:50 5 comments:

A spotter's guide to recasts part 2: recasts for Comic Relief

A few months ago I published a post on spotting recasts, which was essentially a guide to dispelling popular misconceptions as to what constitutes a recast. In this post I want to take a different stance, which is to give you examples of figures that are recast, but which at first glance seemed to be the genuine article. Before I do that, however, I would like to highlight how this particular situation has affected me personally, and how I'd like to address it by making a "bad thing good".

I recently acquired some unreleased Games Workshop Lord of the Rings figures. The figures looked fine: good sharp castings with no obvious imperfections. But I should have looked at them more closely. Thanks to the keen eyes of one particular Lord of the Rings collector it was pointed out to me that unfortunately they turned out to be recasts (more on that below). Being of an anti-recast inclination I couldn't bring myself to sell or trade them (even to people who know they are recasts but still want to buy them). So I'm going to give them away. If you are interested in acquiring one, read on...

Given that this week is Comic Relief in the UK I'm going to donate £1 to every person who expresses an interest in acquiring one of these figures. For those of you who don't live in the UK, Comic Relief is an annual event here in the UK that raises money to tackle poverty (http://www.comicrelief.com). To get involved in "Recasts for Comic Relief" just email recastsforcomicrelief@gmail.com and I will donate £1 for everyone who emails. By sending an email you are effectively entering yourself into a prize draw, with 6 random people receiving 1 each of the figures.

If you have a particular preference for one figure, or would like to rank your preferences, then feel free to do so in the body of the email. I can't guarantee however that you will get the figure you are after.

You have until midnight on Thursday March 12th to send an email. Comic relief is on Friday March 13th, at which point I will donate the money, and the figures will be posted the following Monday. I will cover the cost of standard postage to anywhere in the world - if you want to add insurance on top then I would request you do so at your own expense.

The figures in question can be seen below, together with a close-up picture of Beruthiel to show the metal "marbles" indicative of recasting. I will leave it to the person who alerted me to the fact they are recasts to explain:

There are what as known as marbles evident on the casts. Marbles appear as tiny balls of metal which are caused by air bubbles in the rubber mould. GW minis do not have these imperfections due to the nature of how the moulds are made. The castings themselves are also slightly less crisp than their original counterparts as they appear to have been gravity poured castings rather than centrifugally spun cast.

You can see on first glance that the figures seem fine, although Beruthiel is probably the roughest casting of the lot (marbles are evident on all the figures). Look closely and you should be able to see marbles on every figure.