Blimey, it's been over a year since my last post. To be honest I've found that my hobby interest has waxed and waned repeatedly over the last year, but here I am with a new post. I figured if I shared my hobby output more often it will help with the, er, waxing as it were....

So this post is in some sense a bit of a recap of what I've been working on lately (as in, the last few months!). In no particular order:


I've got some preslotta giants on the go, from the Perry twins and Tom Meier, and I've been trying to paint them in a novel-ish manner, that is not your usual mountain/stone/fire etc. First up is "George the Giant", who was a Citadel Fiend Factory release: 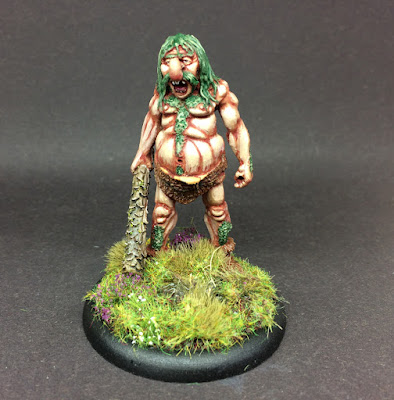 I've painted George as a "Swamp Giant". This was the first figure I painted after returning from a holiday in the wonderful west coast of Scotland, and the base of the figure is modelled after the landscape in the area where I stayed. OK, not exactly swampy, but I liked the sound of "Swamp" Giant. I used a recessed base and tried some Vallejo water effects resin, which isn't exactly visible in the image, but it's fun stuff and I'll be using it some more in future.

I'm one of those people who can't make up my mind as to the colour of base rim. I'm in a black base rim phase at the moment, but no doubt that'll change... 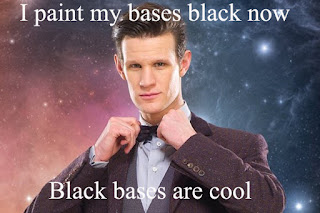 The next giant is a Tom Meier sculpt, and I call him a "Forest Giant": 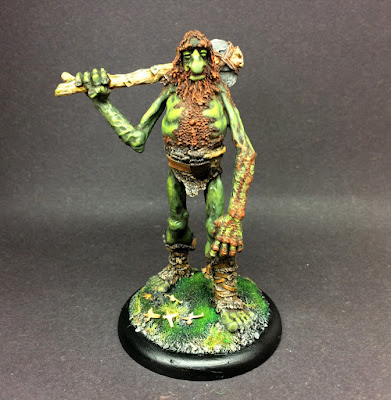 This is probably my favourite Meier giant - it's just sooooo lanky! Another recessed base, this time with the addition of a scattering of birch seeds to mimic fallen leaves. I've had these for about 2 years but this is the first time I've tried them and I like the effect. They are easy to harvest at this time of year. If you're not familiar with birch trees they are the ones with the distinctive silvery bark, and the seeds are easy to harvest when dry. The seeds grow in catkin-like formations, with just a small number of these "catkins" yielding loads of seeds. 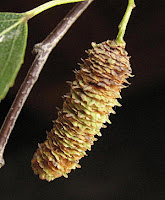 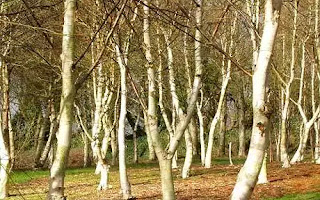 I'm currently working on another Meier giant, which I'm painting as a "Sea Giant". Pics soon. 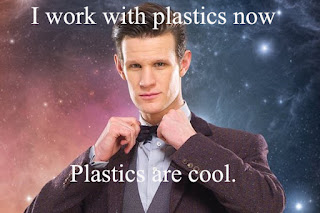 And when it comes to cool plastics, Putrid Blight Kings are hard to beat. I've got a couple of kits and I'm planning on doing some conversions with these, but here comes the first three Blight Kings I've tackled in the order I tackled them: 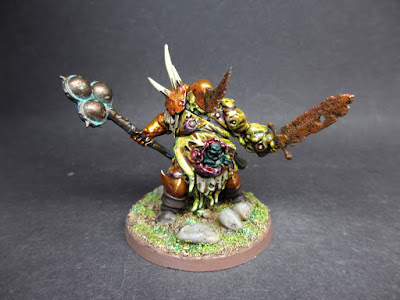 On the plus side I'm happy with this guy's sword and general rust effects. I used a Vallejo model color set - "rust, stains and streaking" which is easy and effective to use. On the minus side the base looks naff. Let's move on. 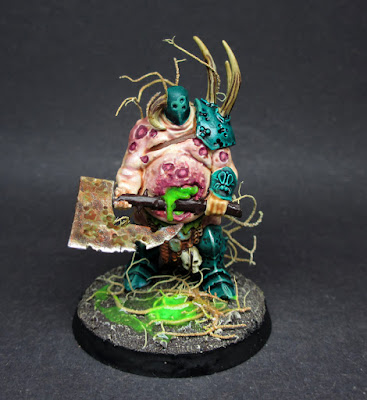 Base-wise I'm in two minds about this one. I went for a vertical "Garden of Nurgle" effect using dried lichen. I also applied some water effect with luminous green paint to the guts and base. Dunno - what do you reckon?

Finally here's one that is still a WIP. In fact, since I took this pic I totally messed up the base, and I'm in the process of trying to save it. Also you'll notice there are still a few bits that need paint but overall I'm happy with the look of him: 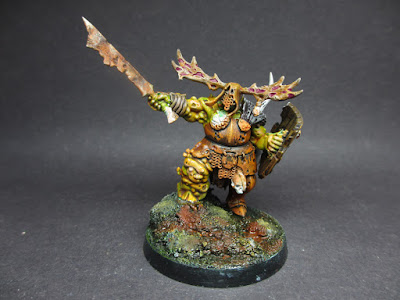 When I first painted him I was not happy with the colour scheme, and I nearly abandoned him. But instead I decided to have at it in a speed painting frenzy of browns and yellows, and I'm happy with what emerged. The armour is done with a GW XV-88 base with several washes of Vallejo light rust wash, and bit of old GW skaven brown ink for the recesses. Nice, if I do say so myself. I first discovered this effect when I painted some Nurgle titans a couple of years back. Not sure if I ever shared the pics of those.

I reckon that might be enough for today. If you're really lucky and very good I  might even show you what else I've been working on. Perhaps even before Christmas.