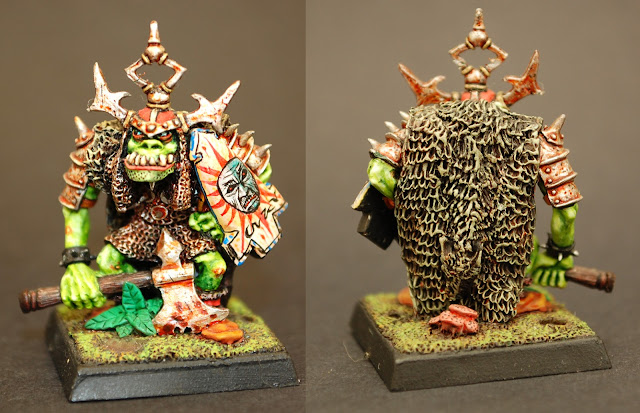 Next is an early figure of Jes Goodwin's, from when he was working at Asgard. The original figure can be seen here. Kev has gone for very effective helmet protrusions again, but what really transforms this figure in my opinion is the addition of the scale mail:

Of the Asgard orcs, Kev writes:

Jes's Asgard orcs are some of my favourite models, he was a huge inspiration. In fact they were my favourite orcs at the time above all others, I've still got them knocking around, I couldn't resist converting some of them. I later made some orcs for Citadel with similar crazy helmets with those horns etc

Also, I can't pass this figure by without mentioning that's Kev's mum on the shield above! And here's the photograph he used as a basis for the painted image: 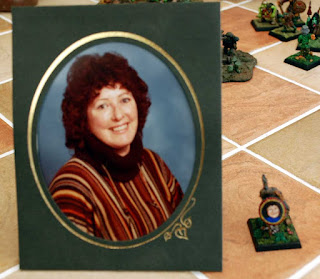 Very good likeness, I'm sure you will agree!

Another Perry twin slot orc next (No. 3 here): more scale mail, a very characterful addition of a top-knot, and just look at that shield!

A conversion of an Uruk-Hai from the Lord of the Rings range next. Helmet protrusions and another great shield make this a far more imposing figure than the original: 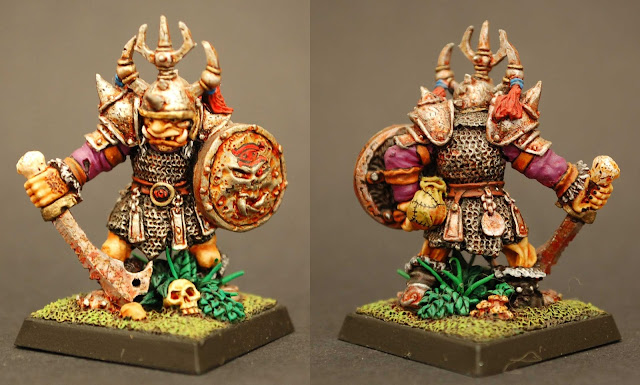 Here are a couple more painted orcs; I particularly like the green skin of the first one: 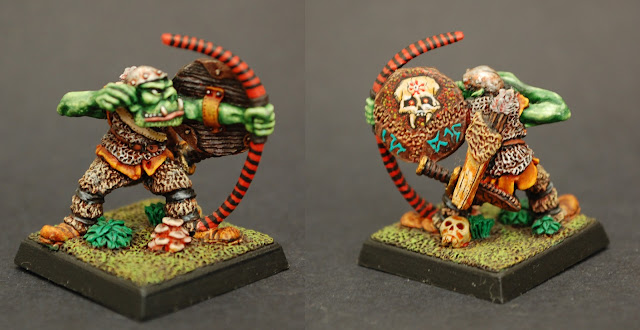 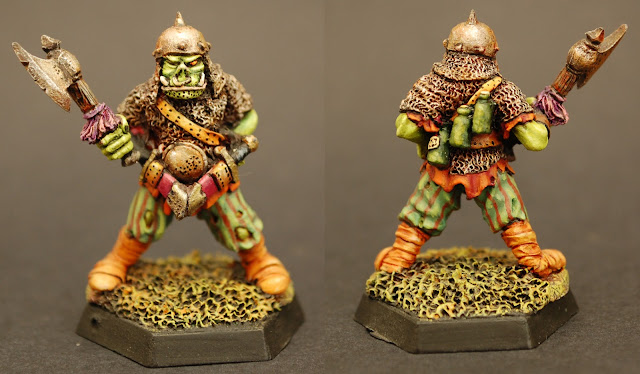 Ogres next, starting with some Jes Goodwin classic sculpts, painted by Kev: 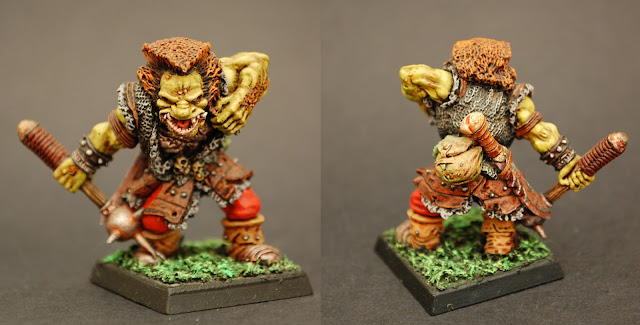 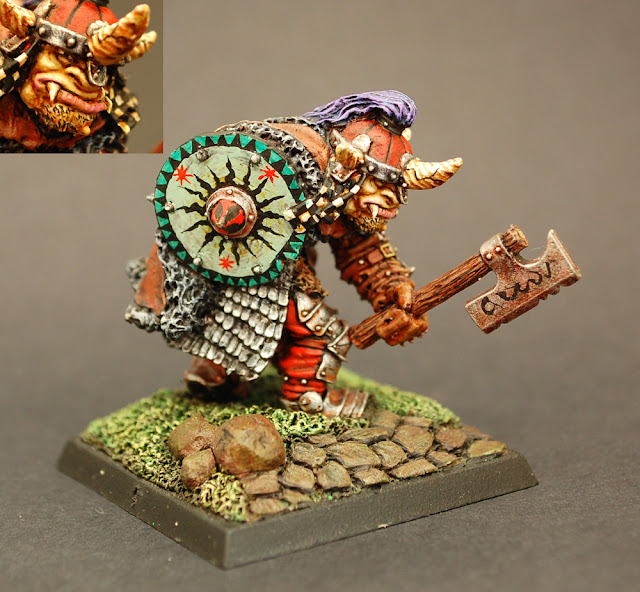 I think the next one is technically a troll, one of Nick Bibby's from his time at Asgard. What a fantastic paint job! 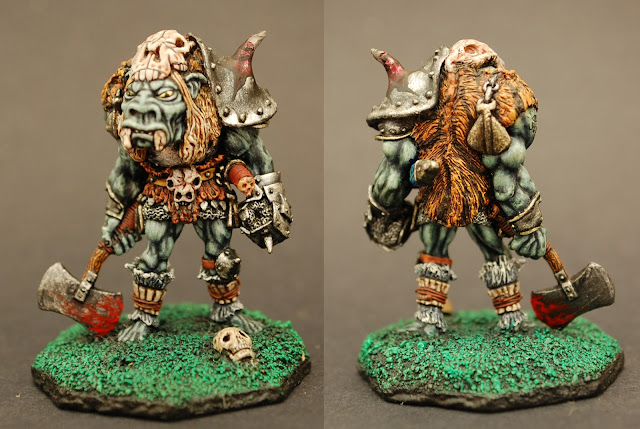 I asked Kev about the colours he used and he said that back then he used a lot of Liquitex colours. In particular he used:
- phthalocyanine green and phthalocyanine blue for those deep rich tones
- hookers green for goblin skin washes
- for armour washes: ivory black , paynes grey and raw umber

Next are an early Golgfag Regiment of Renown ogre trooper, a Half-orc slave ogre, and an Ogre champion from the Citadel Monsters starter set: 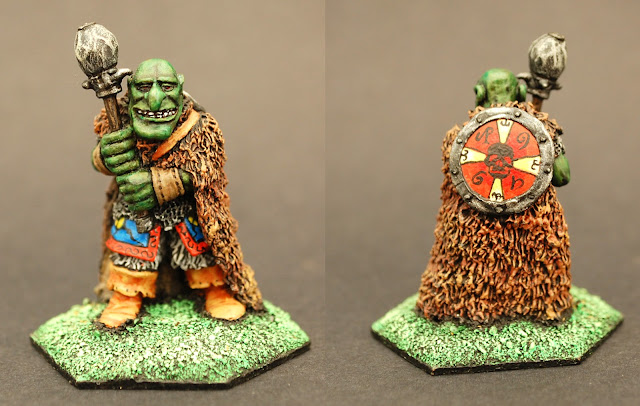 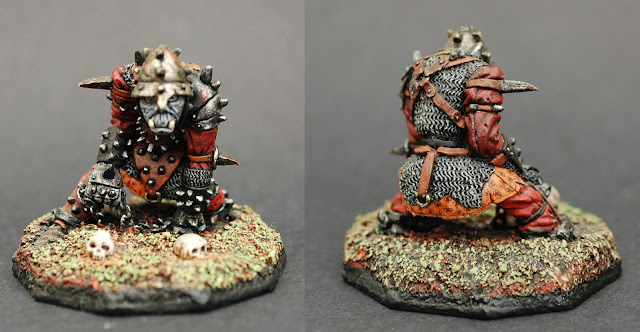 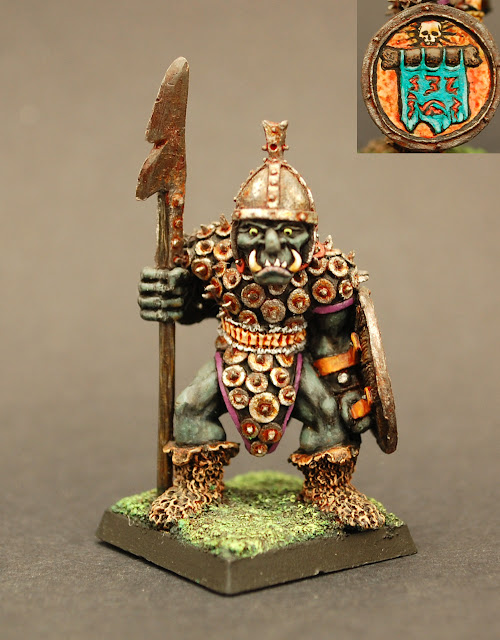 Lastly some trolls - a mixture of Tom Meier Ral Partha and Perry Citadel. Kev employs a very interesting and effective method of painting skin on these figures: 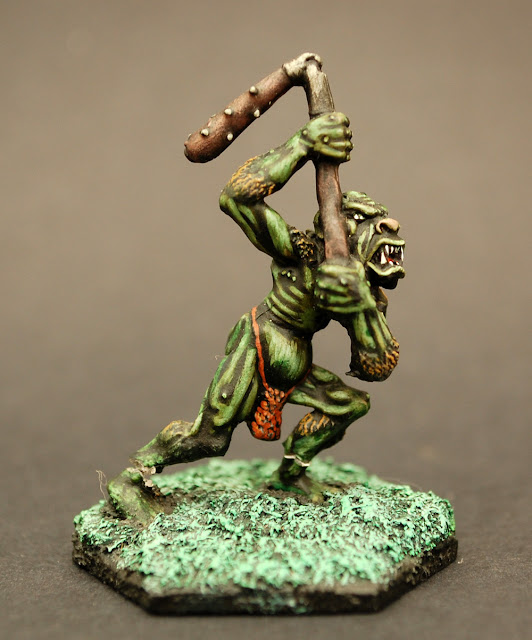 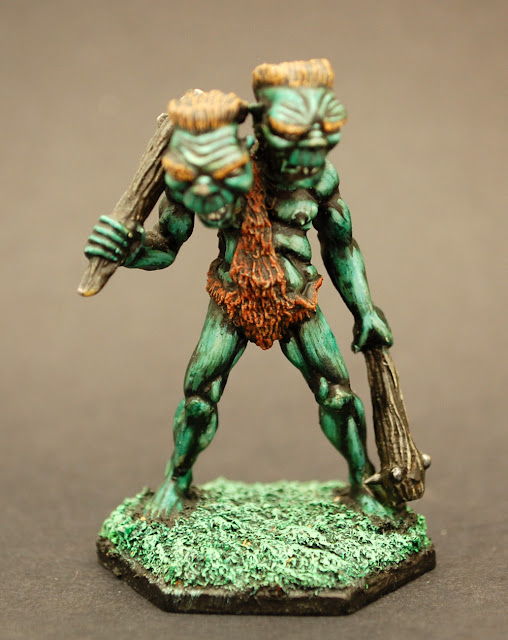 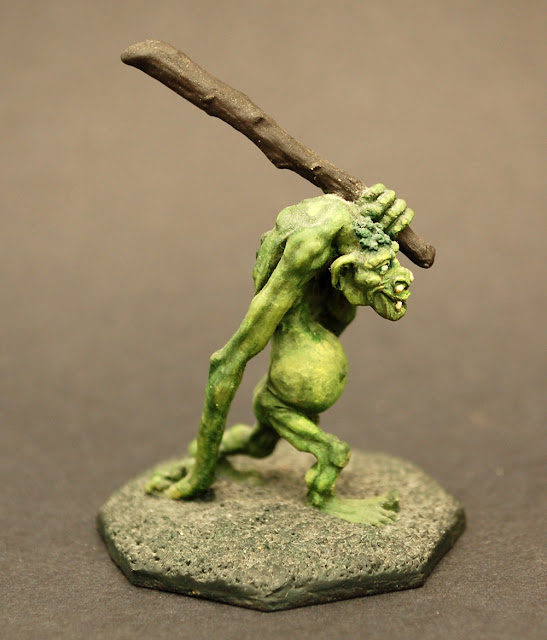 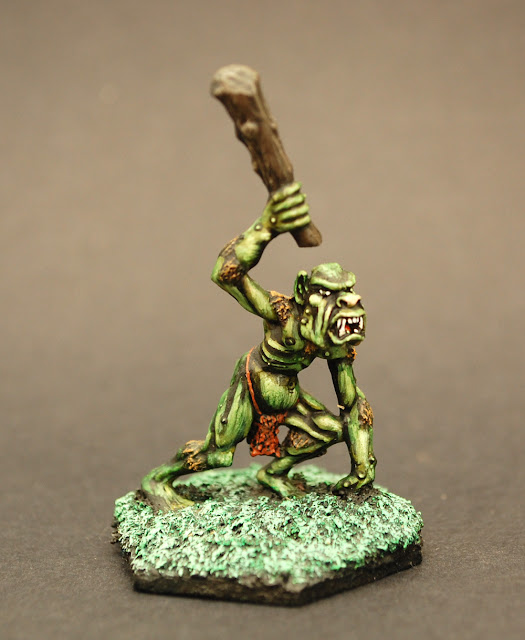 Just to round off this post, last time I posted the following conversion of Kev's and invited readers to guess the source figure for the mount:

A reader by the name of "Alan" guessed correctly that the donor is the Villagers dog / Slaughter Margin Toy Dog, so well done!


That's it for today - next time we'll take a look at Kev's machineries of destruction.
Posted by Steve Casey at 11:14