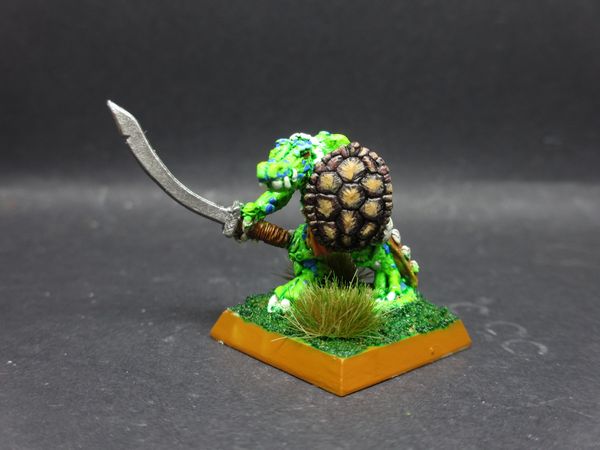 Check out my fellow gamer's progress: Chico's fabulous jade temple dog, and James' stylish (if Nurgle can be considered stylish!) palanquin. Paul promises to have something uploaded by Wednesday, so keep an eye on his blog!
Posted by Steve Casey at 10:13