Following in the footsteps of the unreleased Rogue Trader adventurers, the latest previously unseen unreleased figure in Bryan Ansell's collection dates back to the early 1990's: Eltharion the High Elf. This figure is still available from Games Workshop but was originally a Marauder sculpt. Here's the advert for Eltharion riding Stormwing from the Citadel catalogue 3 (the Green Catalogue) from 1992 (image from the Stuff of Legends):

The variant I've discovered in Bryan's collection is a variant of Eltharion himself; Bryan's Stormwing figure is identical to the released version. The unreleased Eltharion is missing the high-backed "saddle" but gains a rather magnificent cloak: 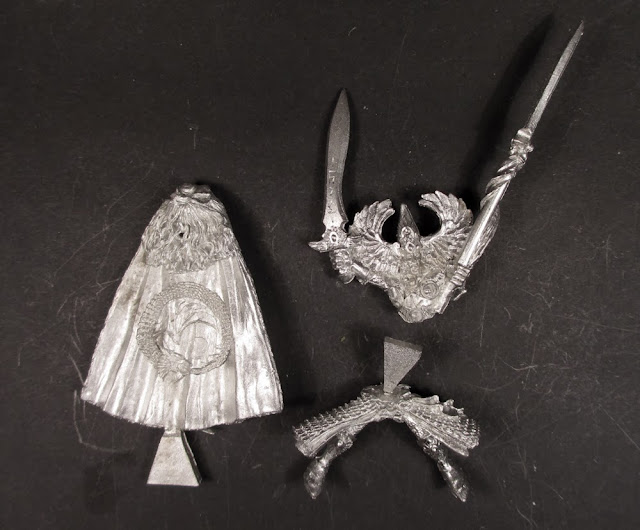