First, above, some minotaurs. I just love these guys. Soooooo much more character than the current crop. Bluish chap back row, second from left is a Mike McVey paint job, and made an appearance in 'Eavy Metal in White Dwarf 97: 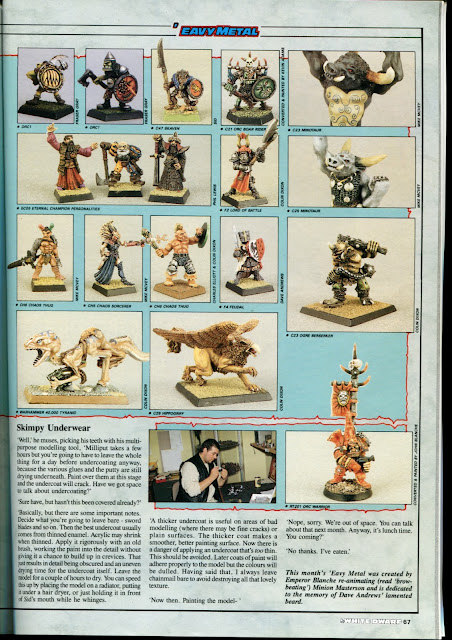 Some of the others can be seen in various White Dwarf adverts in the 1980's.

Now this next one is interesting. At first glance I thought it was a CM1 Chimera that had been converted with the addition of a jabberwock head. Turns out though that it's actually a C29 Jabberwock that has had chimera heads added to it - brilliant! 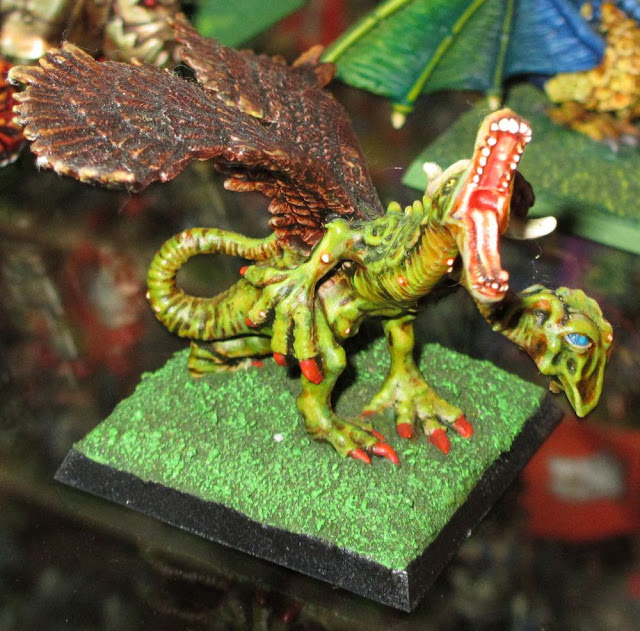 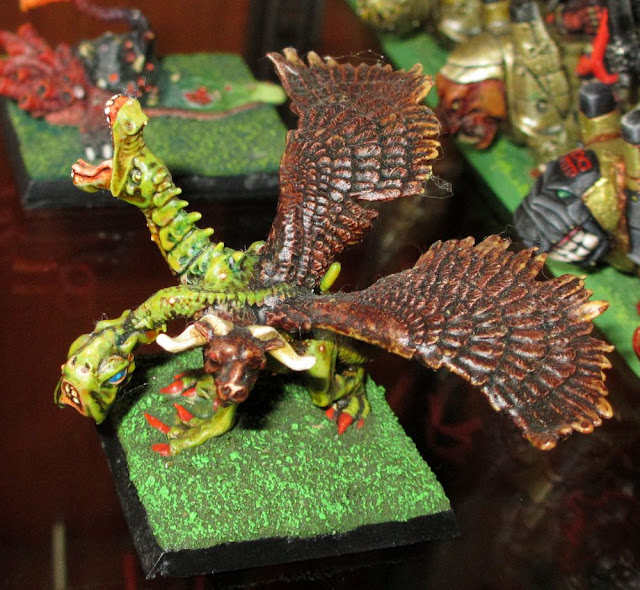 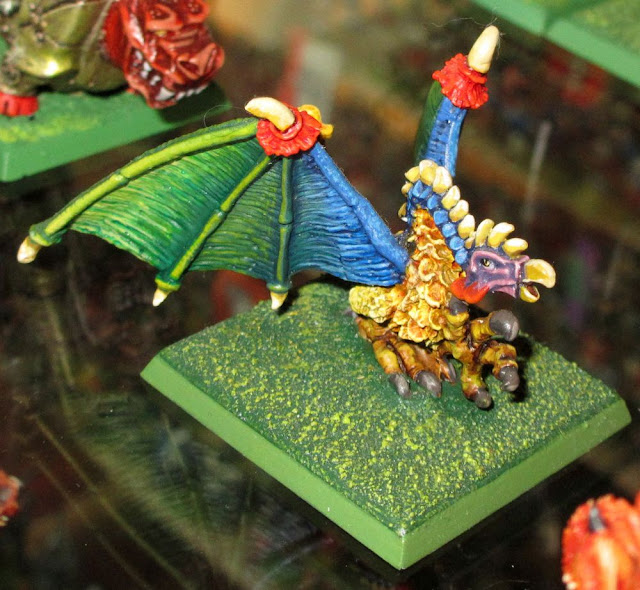 Here comes a close-up of the unreleased Bob Olley Chaos Spawn that I pictured in a post a few weeks ago. This one has been painted by Mike McVey and demonstrates some nice blending. Just needs a bit of a dusting! :-) 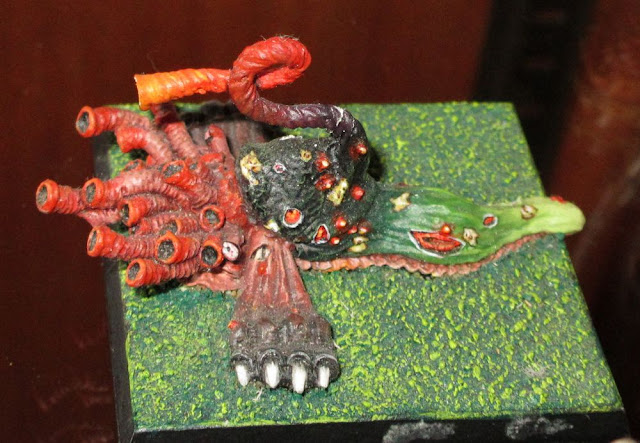 Above: a large unit of chaos centaurs, and here is the White Dwarf ad (WD98) that they originally featured in: 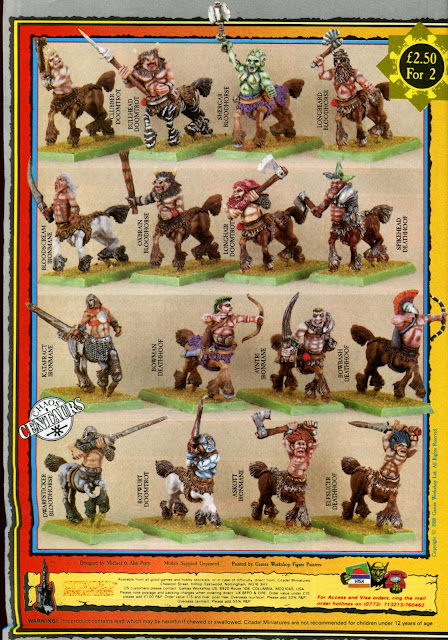 Next are some Marauder figures - the actual ones that featured in White Dwarf 134 (Hydra) and 135 (chaos hounds): 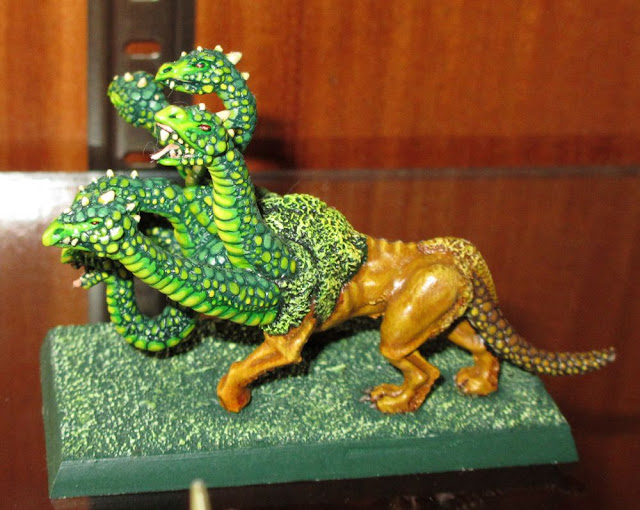 The chap at the front is an unreleased cleric sculpted by Bryan: 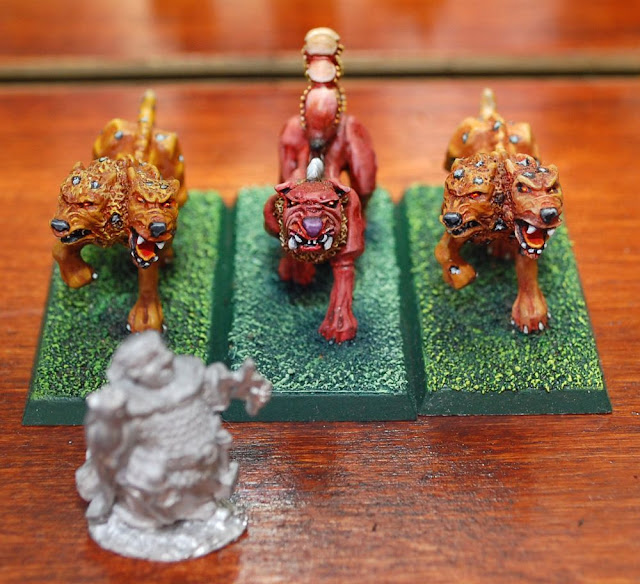 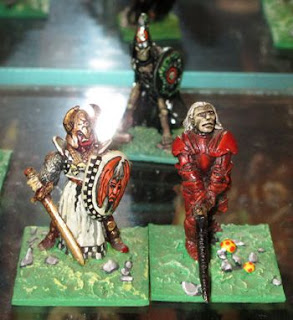 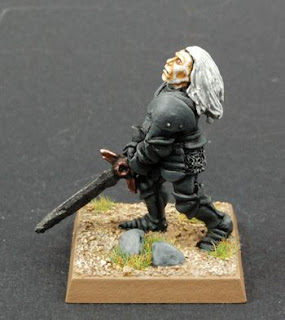