Now, I'm in two minds when it comes to Dark Elves in general, and I don't really know why. I can't quite make up my mind as to whether I think they are just a bit meh, or if actually I think they're fantastic. Take these positives:

- I dont have an issue with the concept of there being a "dark" form of an elf (I imagine some people may take issue with this), in fact it's quite fun.
- I tend to associate them with the Melniboneans of Moorcock, which is a positive association for me, even though I know that in the 1980s Citadel Melniboneans eventually became absorbed into the High Elves range rather than Dark Elves.
- They tend to be painted in blue or palid colour schemes, which I like the look of.
- In general I like the sculpts (right from the first Perry preslotta ones), with few exceptions, and many of them demonstrate a good combination of being aloof and cruel.

So there you have it. No idea what my problem is but I tend to overlook these guys. Oddly enough I have the same attitude to their scifi brethren, the Dark Eldar. Ho hum.

Anyway, on to today's post which focusses on the Marauder Miniatures Dark Elves. Now these are nicely painted, although I'm afraid I dont know who painted them (if you do please leave a comment). Enjoy. 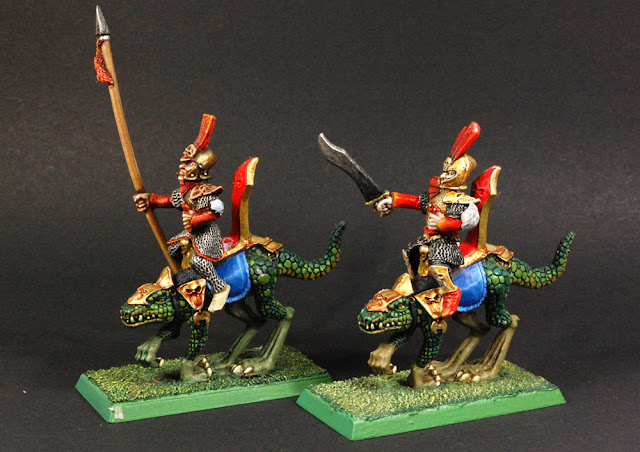 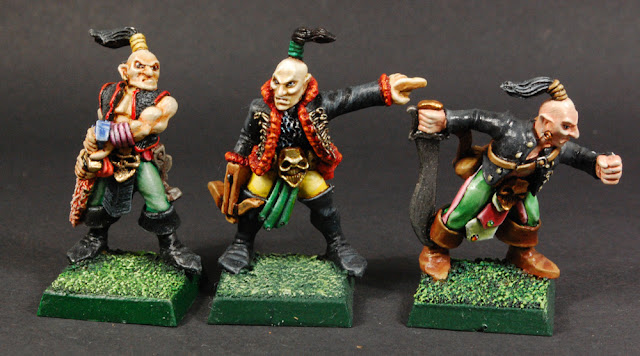 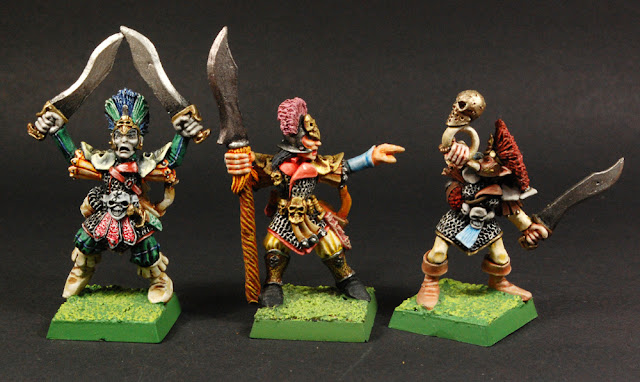 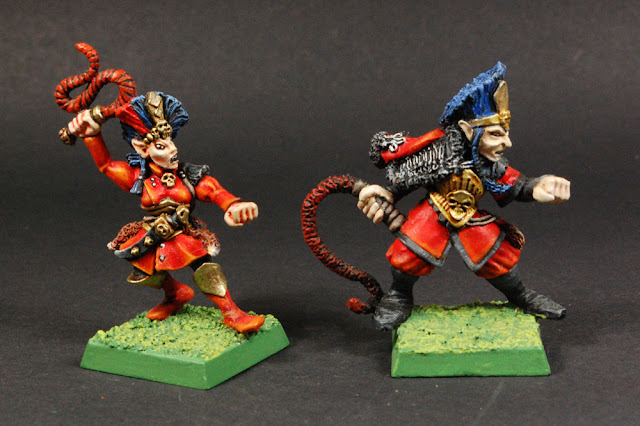 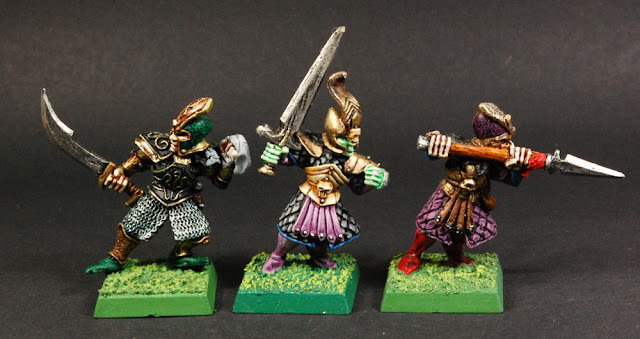 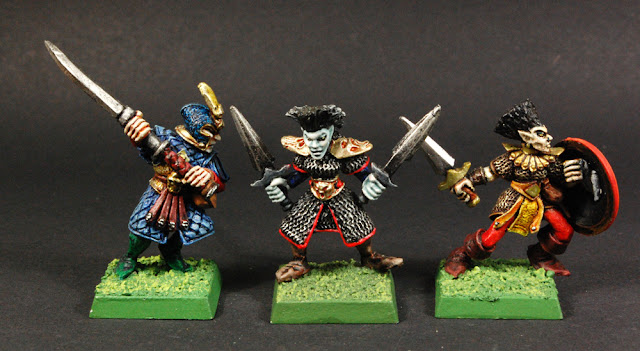 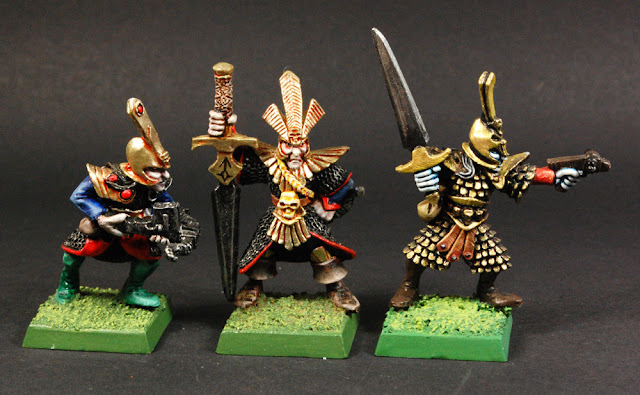 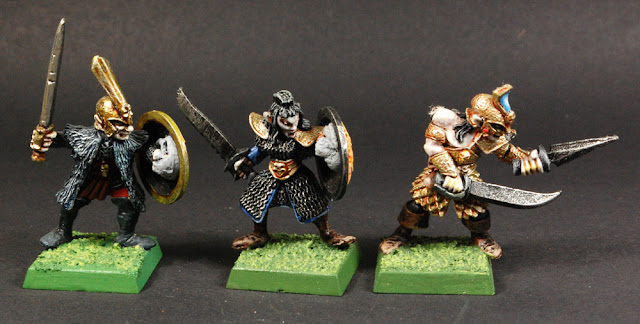 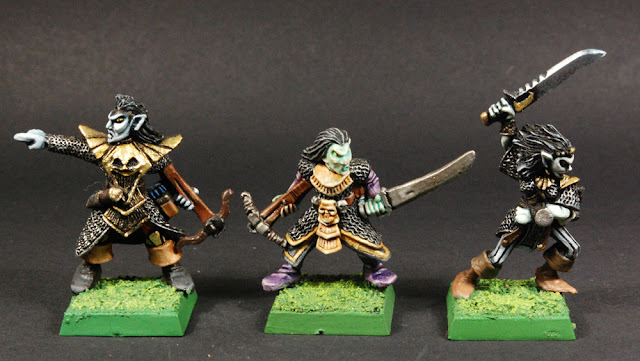 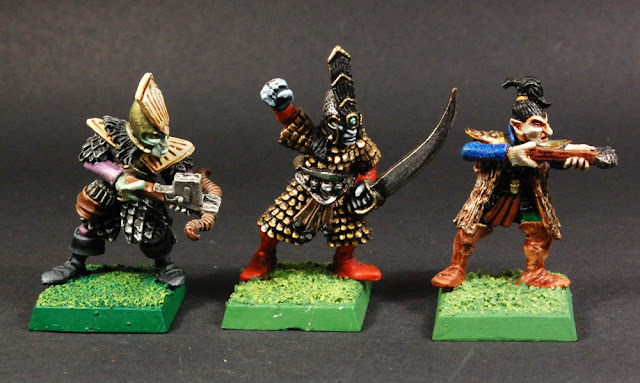 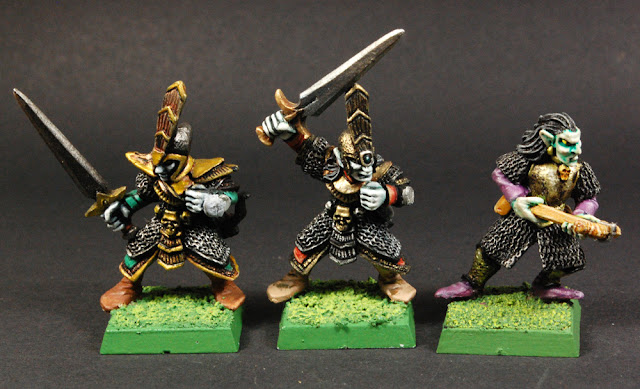 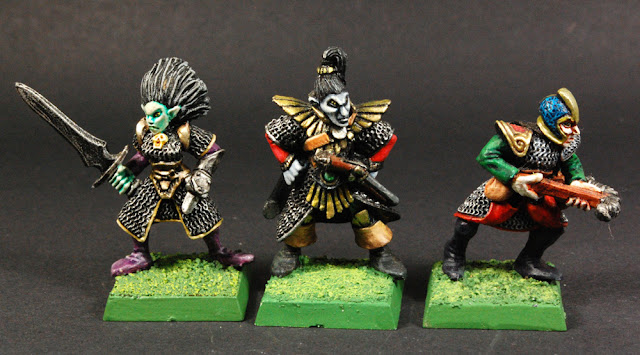 Here's some scans of the original adverts that featured these figures (images from Orclord's Stuff of Legends site): 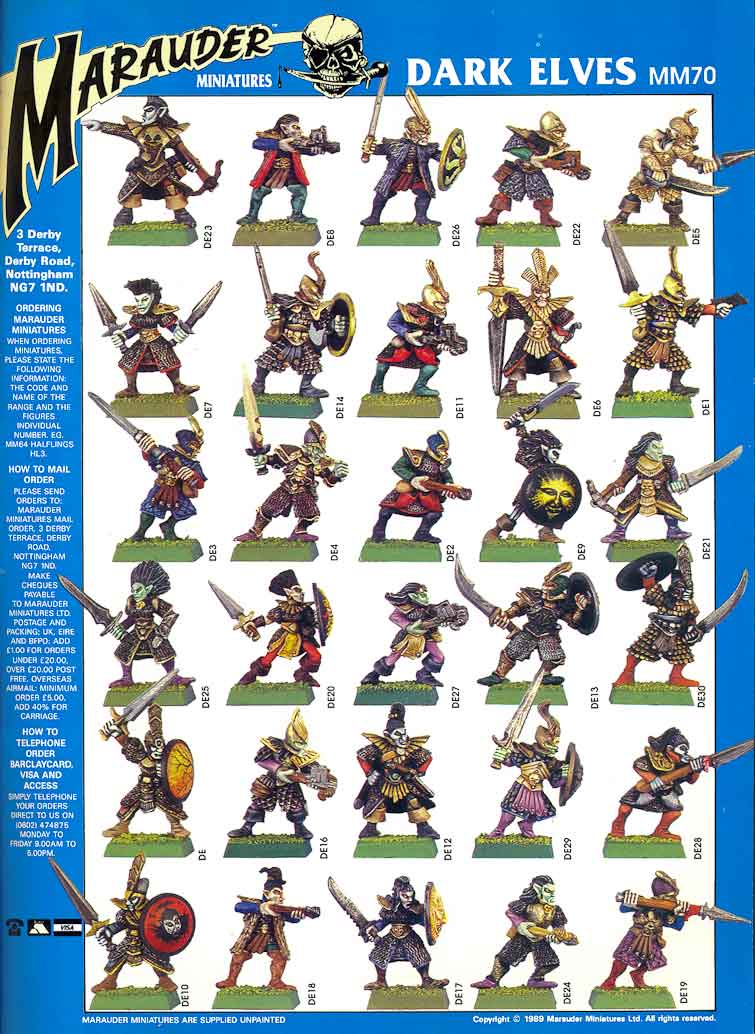 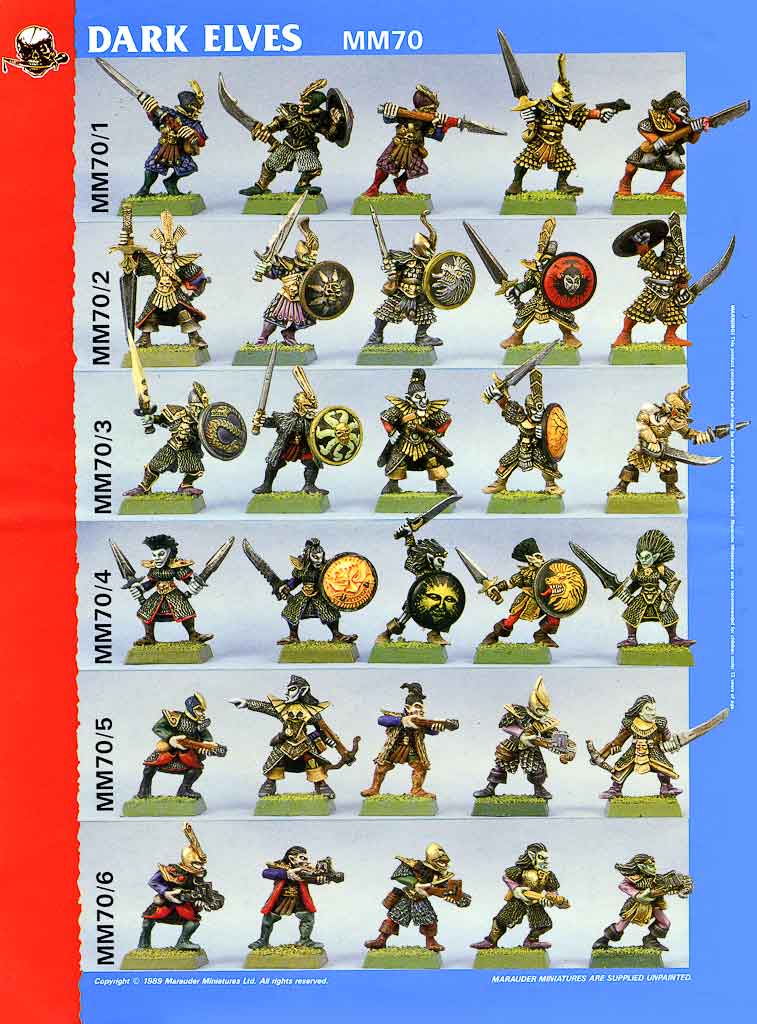 And as a bit of a bonus, here's a few Citadel Dark Elves from Bryan's collection: 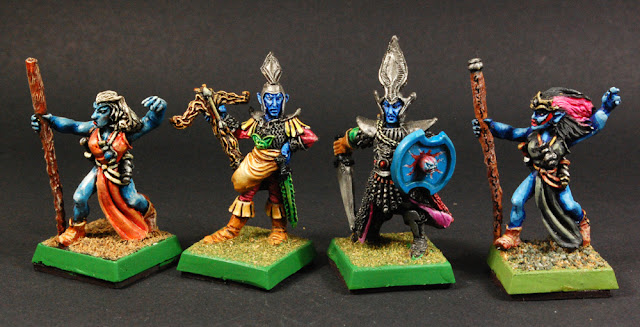 The three figures on the left are from the Collectors' range and are the actual figures that appeared in the adverts of the time. The figure on the right may well have been from this range too since there are a couple of gaps in this range.

Here are the pics from the CCM wiki that illustrate these Collectors' Dark Elves: 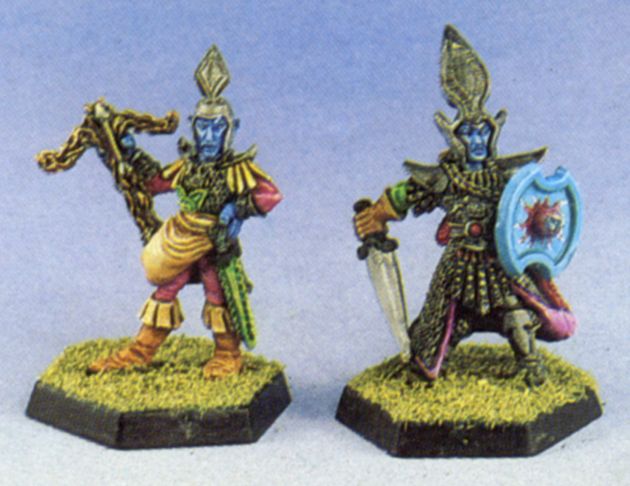 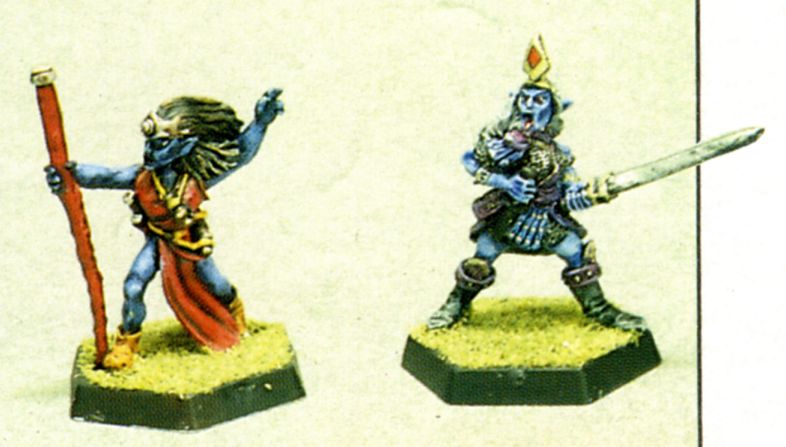 The sharp-eyed among you will notice that the shapes of the bases are different in the two groups of figures. I have no idea why!
Posted by Steve Casey at 14:03