Today's glance into Bryan Ansell's cabinets of chaos reveals some of Dale Hurst's chaos conversions. Issue 135 of White Dwarf featured an article by Dale on converting and painting some classic (well, contemporary at the time!) chaos figures for a Tzeentch warband. Dale's warband is heavily focussed on beastmen/minotaur/spawn with a solitary chaos champion and his familiar. To date I have managed to locate the beastmen and minotaur/spawn in Bryan's collection but the champion and familiar are yet to be found (sadly they are possibly among the "disappeared" as is often the case with Bryan's figures).

Personally I think Dale's article is a great inspiration for those (such as myself) who are relatively new to converting and painting, and is also a useful model to follow for the forthcoming Realm of Chaos Warband Mega Game in August's Oldhammer Weekend. In summary, simple but creative modelling and colour schemes, and a small number of models. I'll leave it to Dale to set the scene: 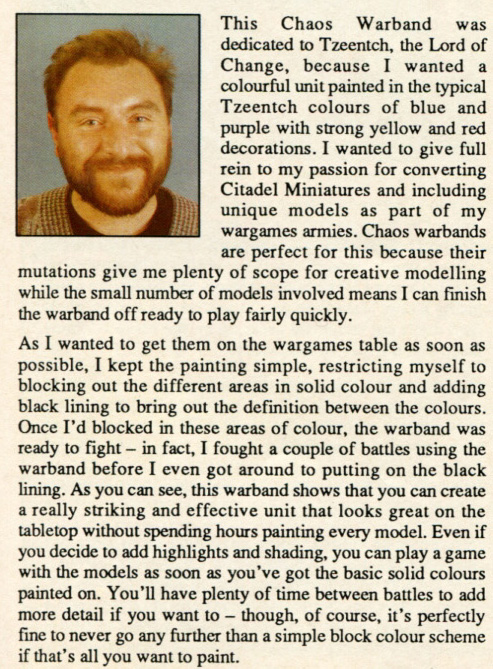 OK, let's take a look at the converted beastmen first, starting with the eagle-headed head-swap beastmen: 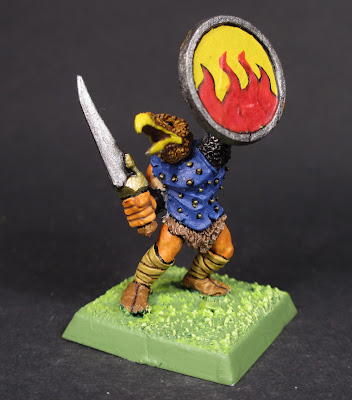 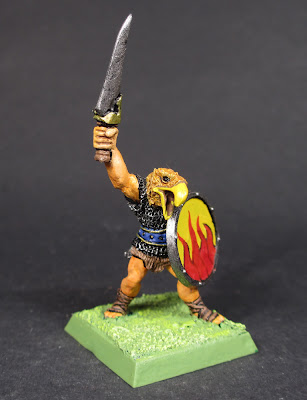 Dale doesn't mention the exact source of these figures, other than being chaos thugs, but I suspect they are based on these two figures (images from the Collecting Citadel Miniatures wiki): 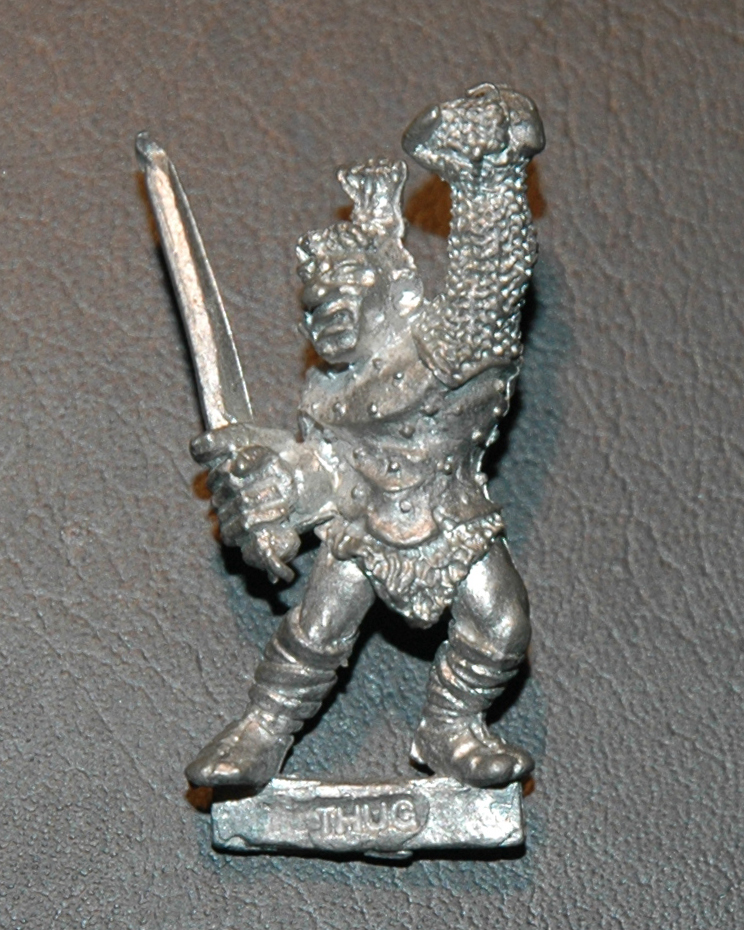 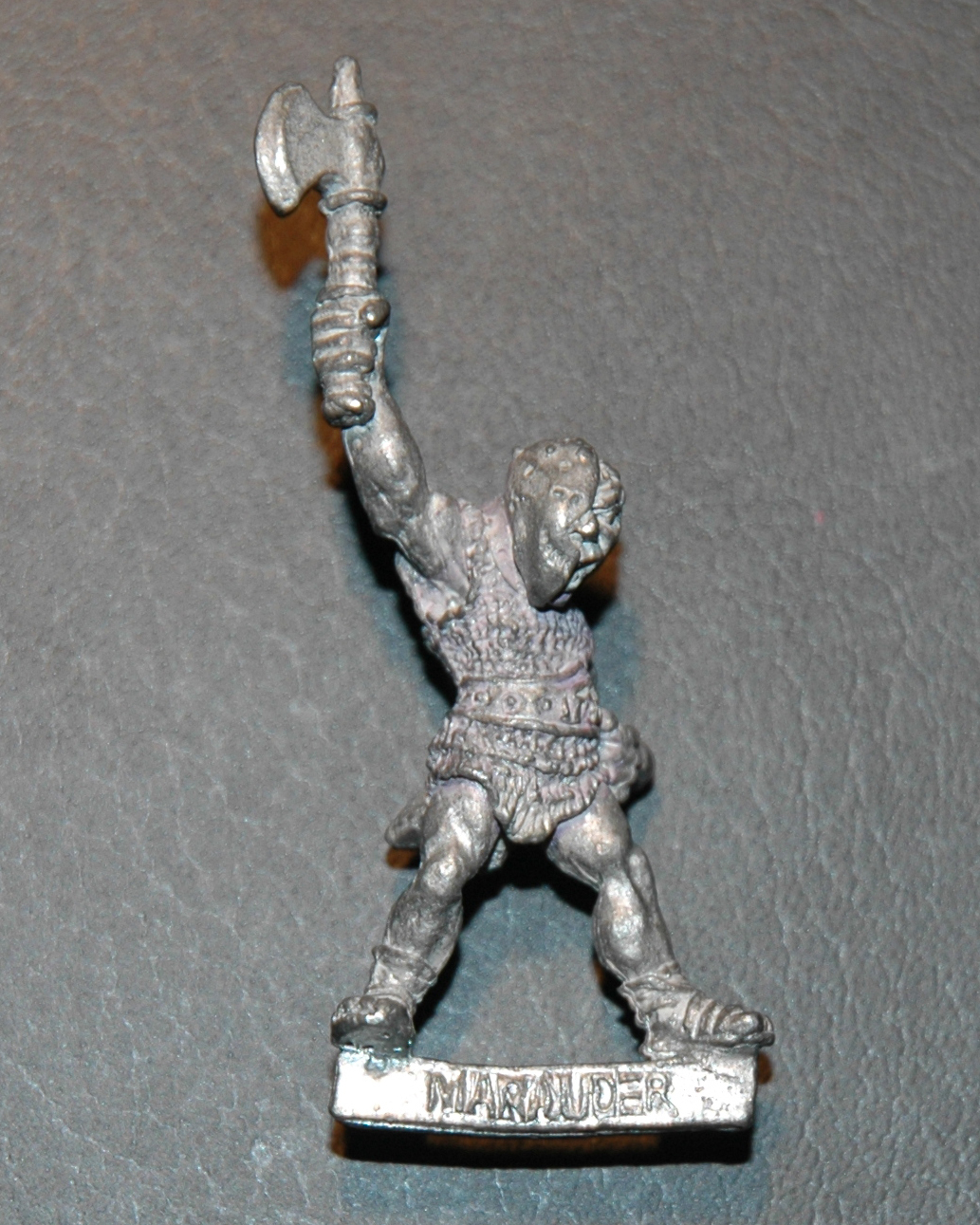 Interestingly, the figure on the right above has an axe, but its converted equivalent has a sword. Dale didn't mention converting the weapon in his article; he may have overlooked this or it may be a variant. I suspect the eagle heads are from the Lord of the Rings Great Eagle of the Misty Mountains (not mentioned by Dale):

The remaining 4 beatmen share the same donor body with the heads obtained from a Chaos Chimera and a plastic skeleton: 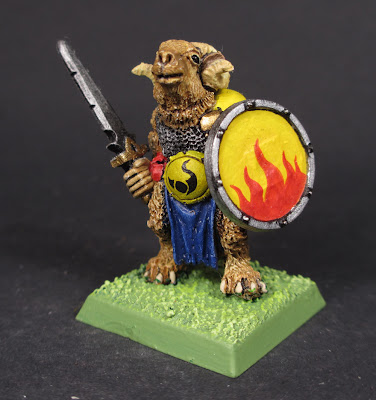 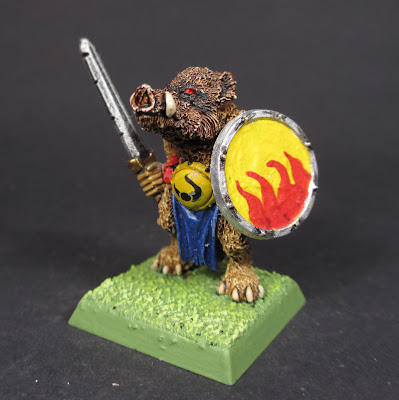 Here is the donor body and chimera in question:

The next figure in the warband is the mutated minotaur: 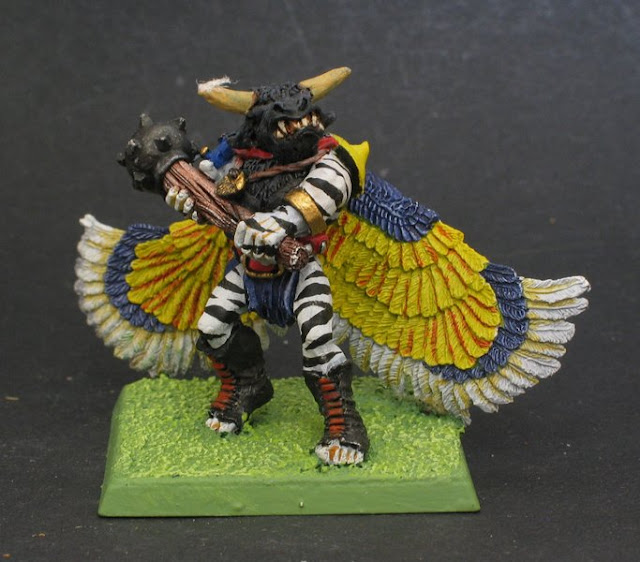 Dale has pinned and glued the wings (from the chimera) in place, and used plasticine to fill in any gaps (no fiddling about with Milliput for Dale!). Dale has opted for a wonderful zebra stripe skin pattern for his Brightly Coloured Skin attribute.

The final figure in the warband is the chaos spawn. This really does deserve a second glance to pick out all the converted components: 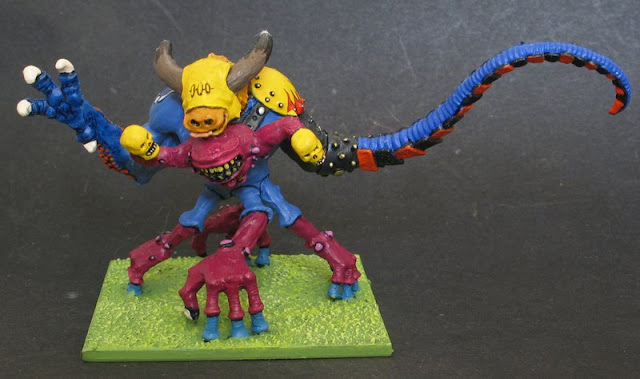 The donor figure, now hardly recognisable apart from the head, is a Minotaur Lord. Dale then added the head of a Horror to the chest (complete with the addition of skulls), a dragon's tail for a left arm, and the arms of Horrors for legs. Looks awsome! The dragon tail left arm was originally intended to be the sting of a Tyranid Warrior, but Dale changed his mind and used a dragon's tail instead. This can be seen in detail the full article I've uploaded below.

I hope this has inspired you for the forthcoming Oldhammer battles!