It occurred to me that I have a large number of pictures of figures in Bryan Ansell's collection that I haven't presented in this blog because, well to be honest there isn't a great deal to write about them from a background fluff point of view. Nevertheless if I was reading this blog I know I would want to see them, if only for the chance to gawp at old lead. So I'm starting a series of "The Bryan Ansell collection" posts which showcases these figures. These posts will be quite short and won't contain much rambling text, just a brief introduction and a few photographs. It will also mean that during those periods where I don't have time to write much I can still post some pictures. I hope you enjoy them.

Today's post showcases some figures from the Gothic Horror range. These were designed for the Call of Cthulhu license and released over a couple of years between 1985 and 1987. A number of flyers were released to illustrate the figures but for some reason there was never a colour advert produced for them (to my knowledge). To date I have located a small number of painted figures from this range in Bryan's collection, and here they are in glorious technicolour: 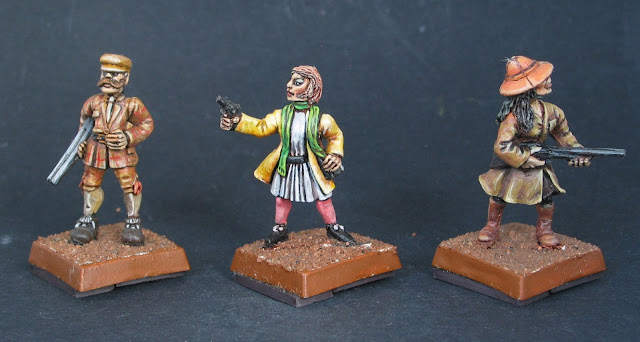 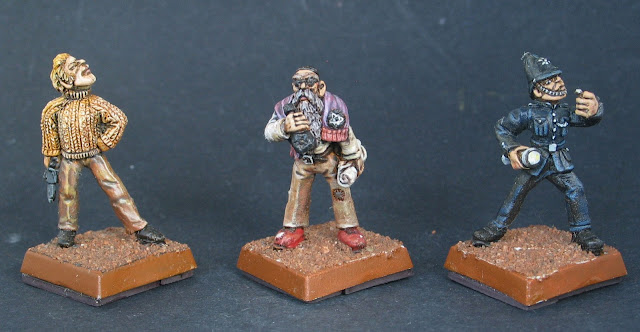 Further information on the figures in this range can be found at The Stuff of Legends.
Posted by Steve Casey at 11:17