I love these figures! So much character and they look great lined up in units on the battlefield. Bryan Ansell has a good deal of the original painted figures from the following ranges in his collection:

Here are a selection of the actual painted figures released between 1988 and 1991 and appeared in the White Dwarf ads of the time. Oddly, I've noticed that some of them do not seem to have the same shields that they had in White Dwarf, although they are definitely the same figures... 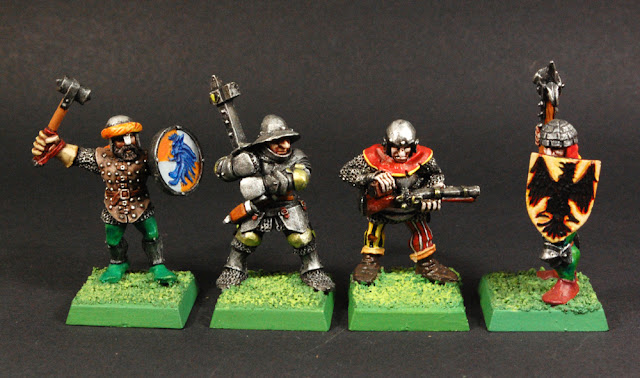 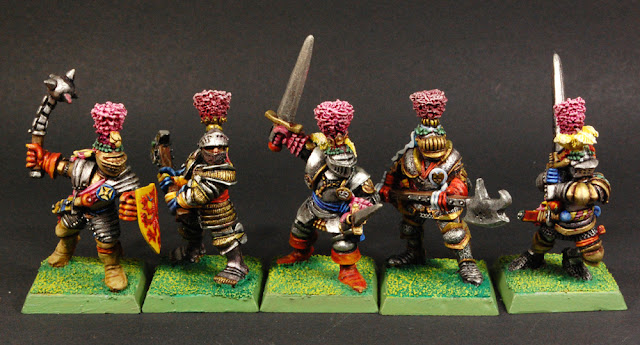 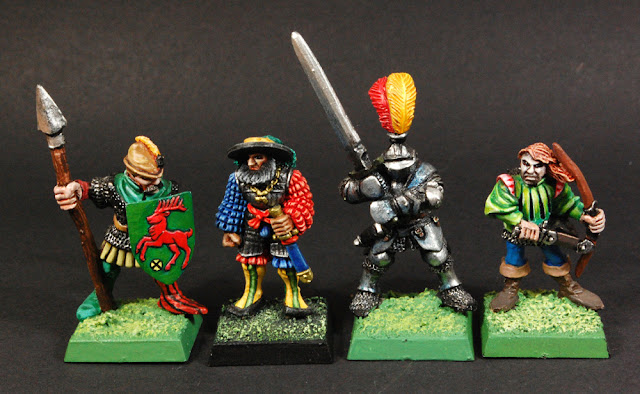 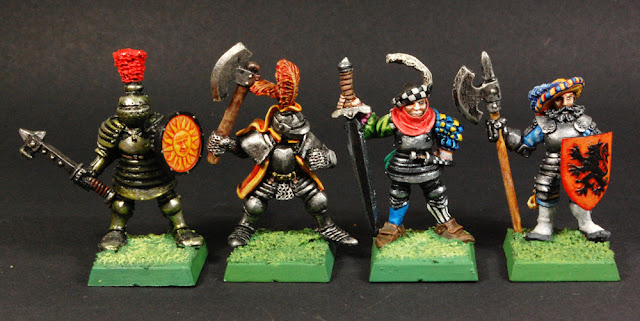 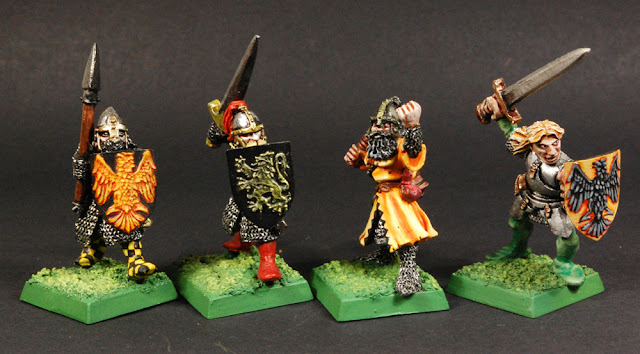 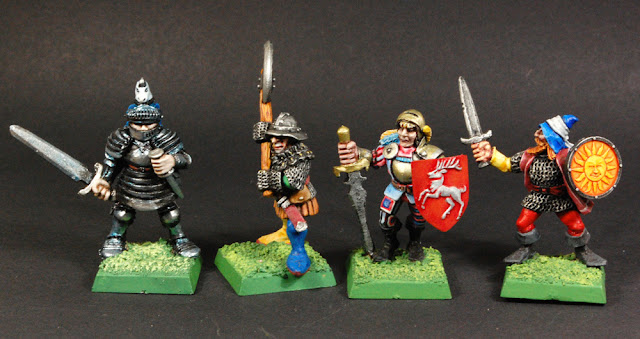 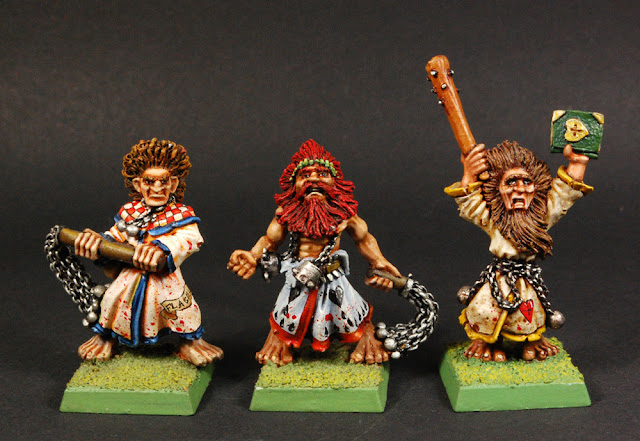 Also, a random Citadel Knight and Fighter from Bryan's collection: 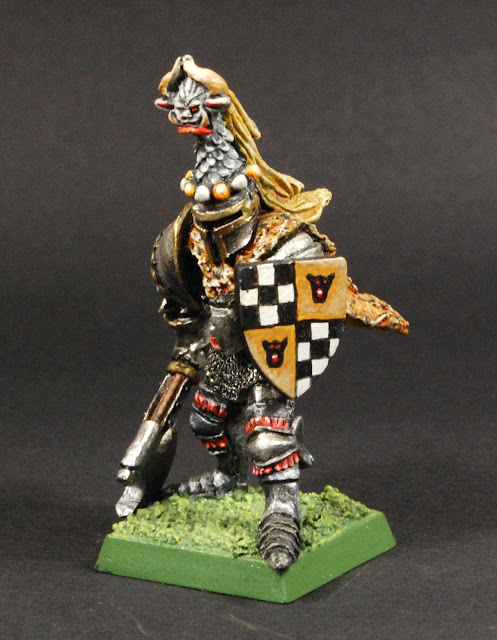 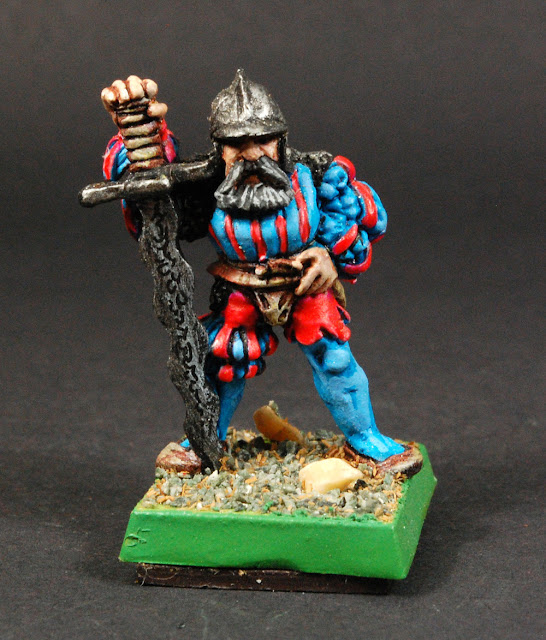 The original catalogue pages containing the Marauder figures can be seen on Orclord's Stuff of Legends: 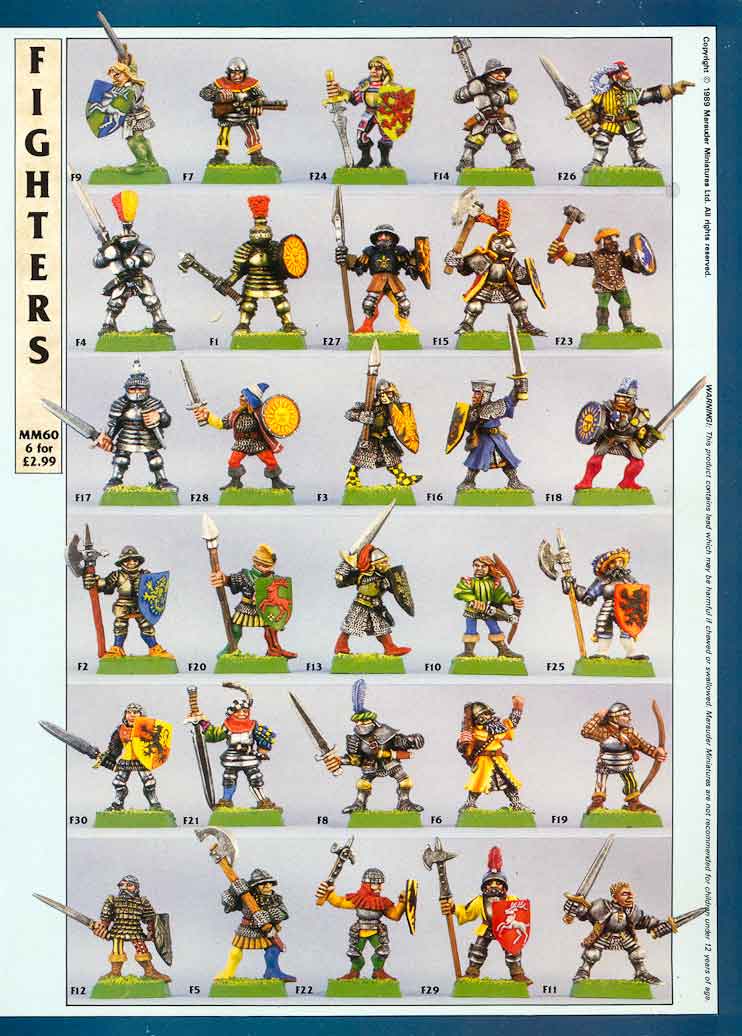