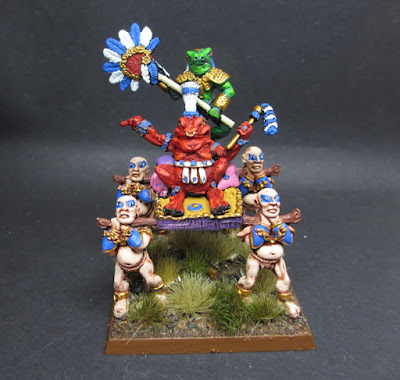 This meaty monster weighs in at 199 points: I've made him a level 15 to allow me to bring the grand total of the force to around 1000 points.

All the Slann in my force will be green, but this guy needed to be a bit different so I went for the red.

Here's what the Warhammer Armies book says about Slann wizards and their need to be carried: 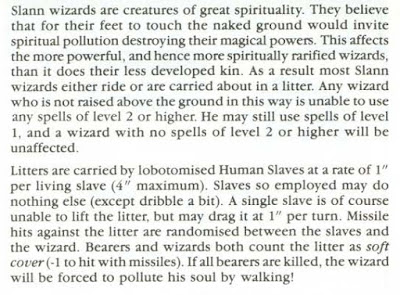 Oh, and apparently Slann wizards can employ any type of magic without restriction... :-)
Posted by Steve Casey at 19:50