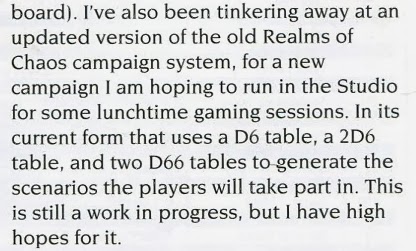 I wonder if this will remain in-house, or will something wider develop from it?
Posted by Steve Casey at 11:46