The idea is that these figures will come with separate heads that you can interchange across bodies. The following is an example of a work in progress with a random head attached but not fixed: 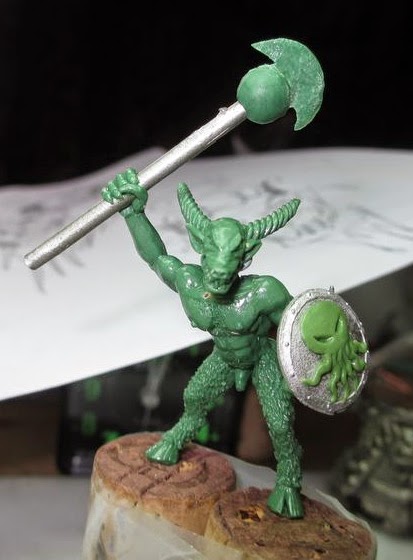 Here's what appears to be a female beastman (beastwoman?), but with an orc head attached: 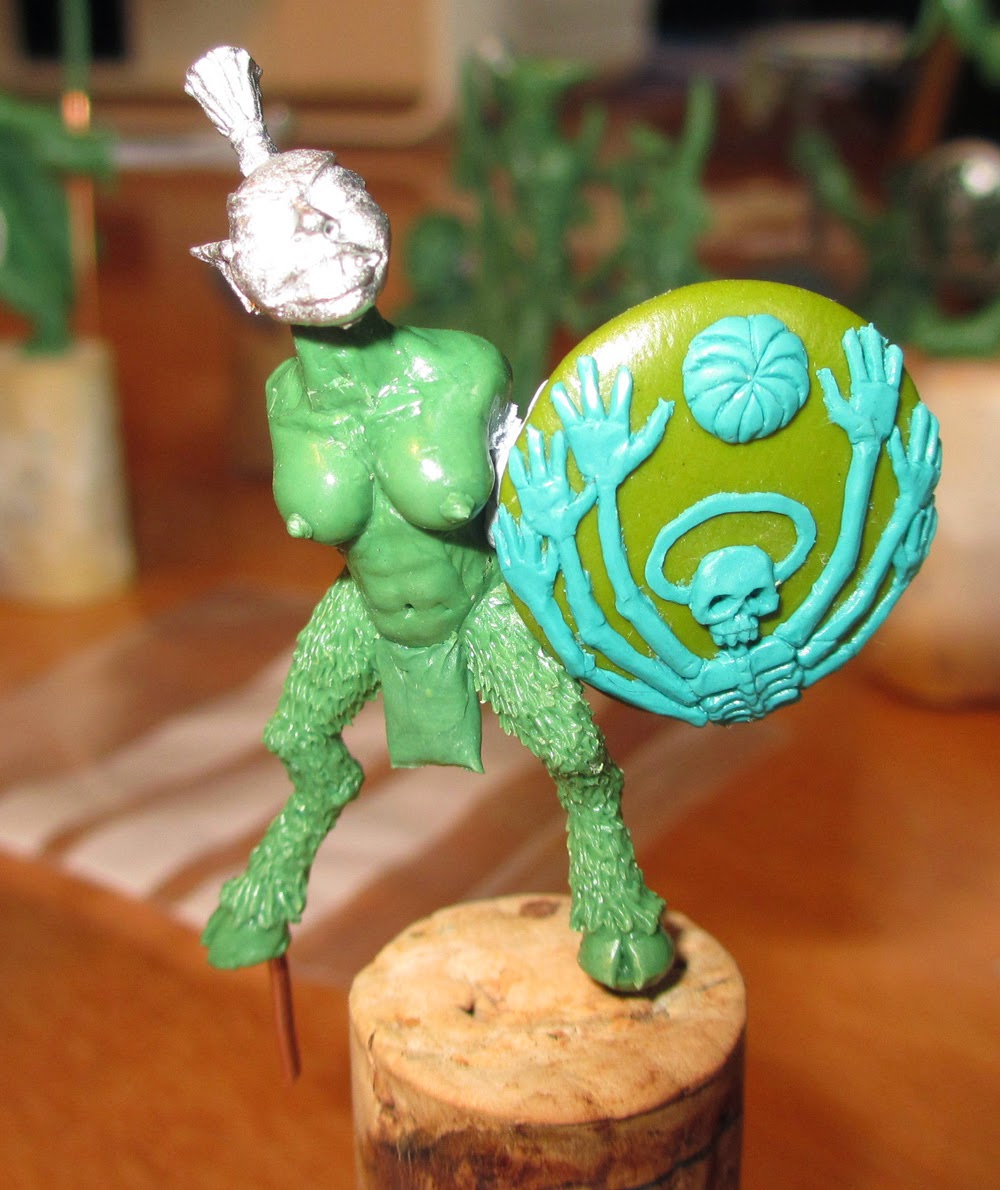 Here are some more heads. There is a mutated one (centre top) and a sinister elephant head on the left. Also check out the head bottom right - very reminiscent of old Citadel Broo and scale-wise (it's a little smaller than the others) I think it would sit very well with the separate headed Broo box set that Citadel produced:

A close-up with that Broo-like head bottom of picture: 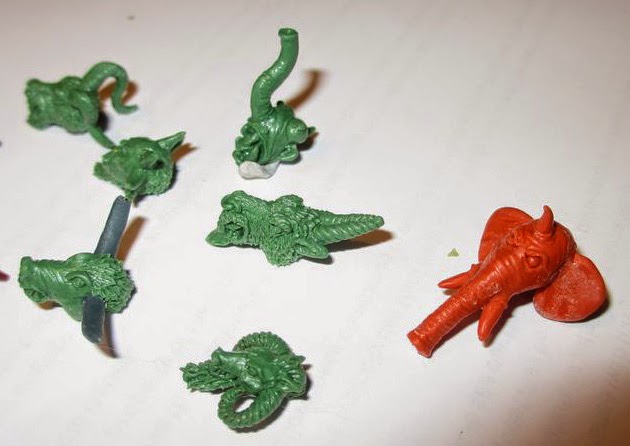 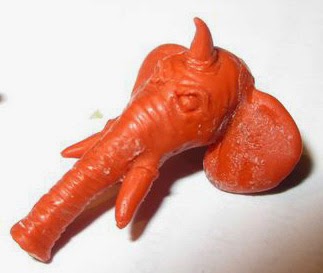 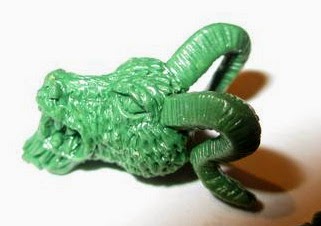 Kev has also been working on some shield designs based on some concepts that Bryan came up with: 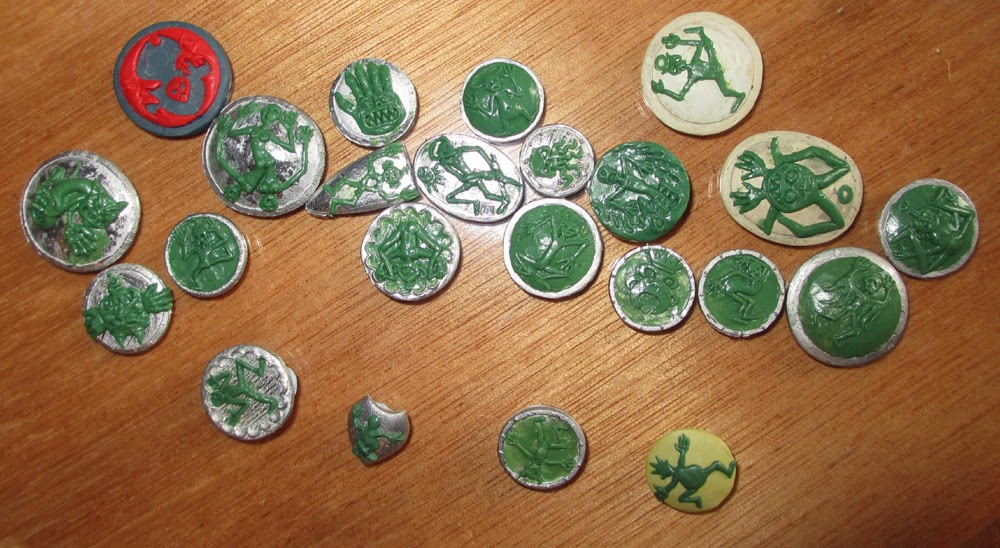 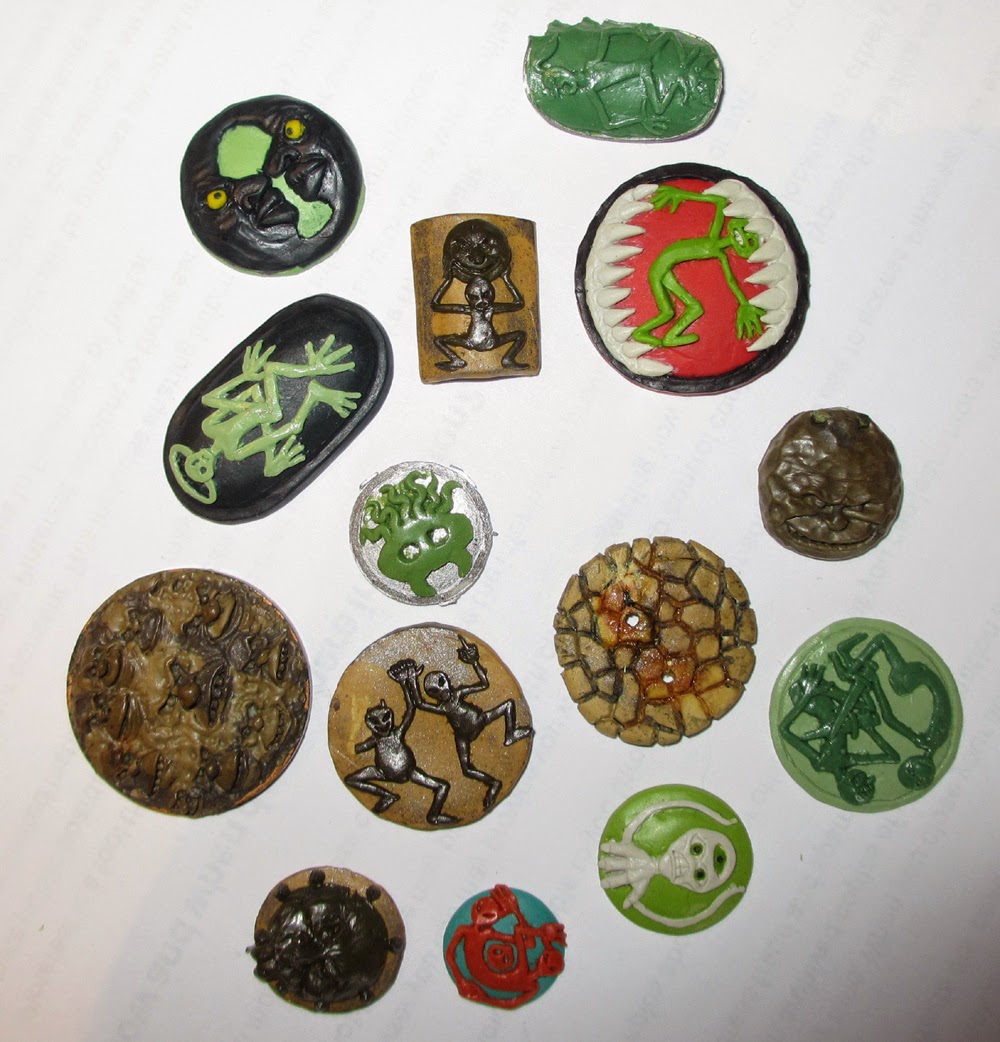 The different colours are actually different colours of modelling putty that Kev is working with. He's using standard greenstuff for the bulk of his figures but the coloured putty above is Sylmasta A+B Epoxy Putty. I had the pleasure of watching Kev work, sculpting some horns on a beastman's head, which was fascinating.

I'm not certain but I think some of the shields above are intended for the new orcs that Kev is producing for Warmonger Miniatures. Some of these orcs have been shown previously on other blogs but I'm sure you wouldn't mind seeing some more. Again, some of these are separate-head figures, which is why some of them look like their heads are perched on their necks - that's just Bryan and Kev messing around trying different heads on different bodies! 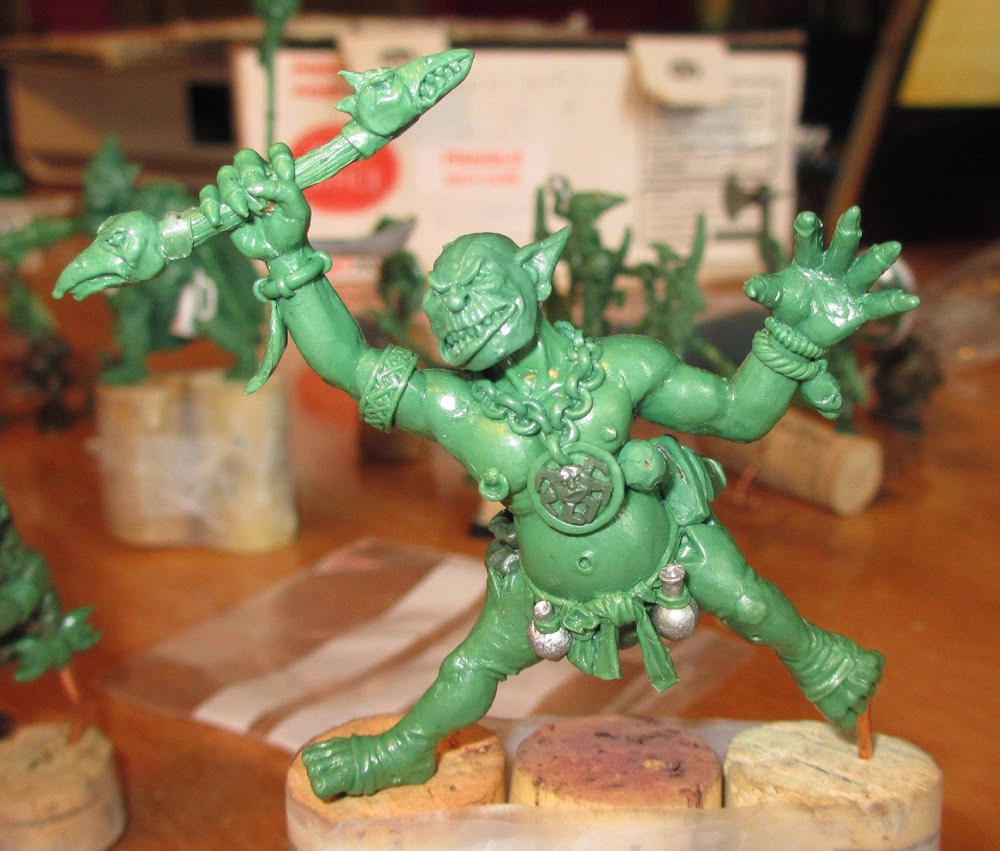 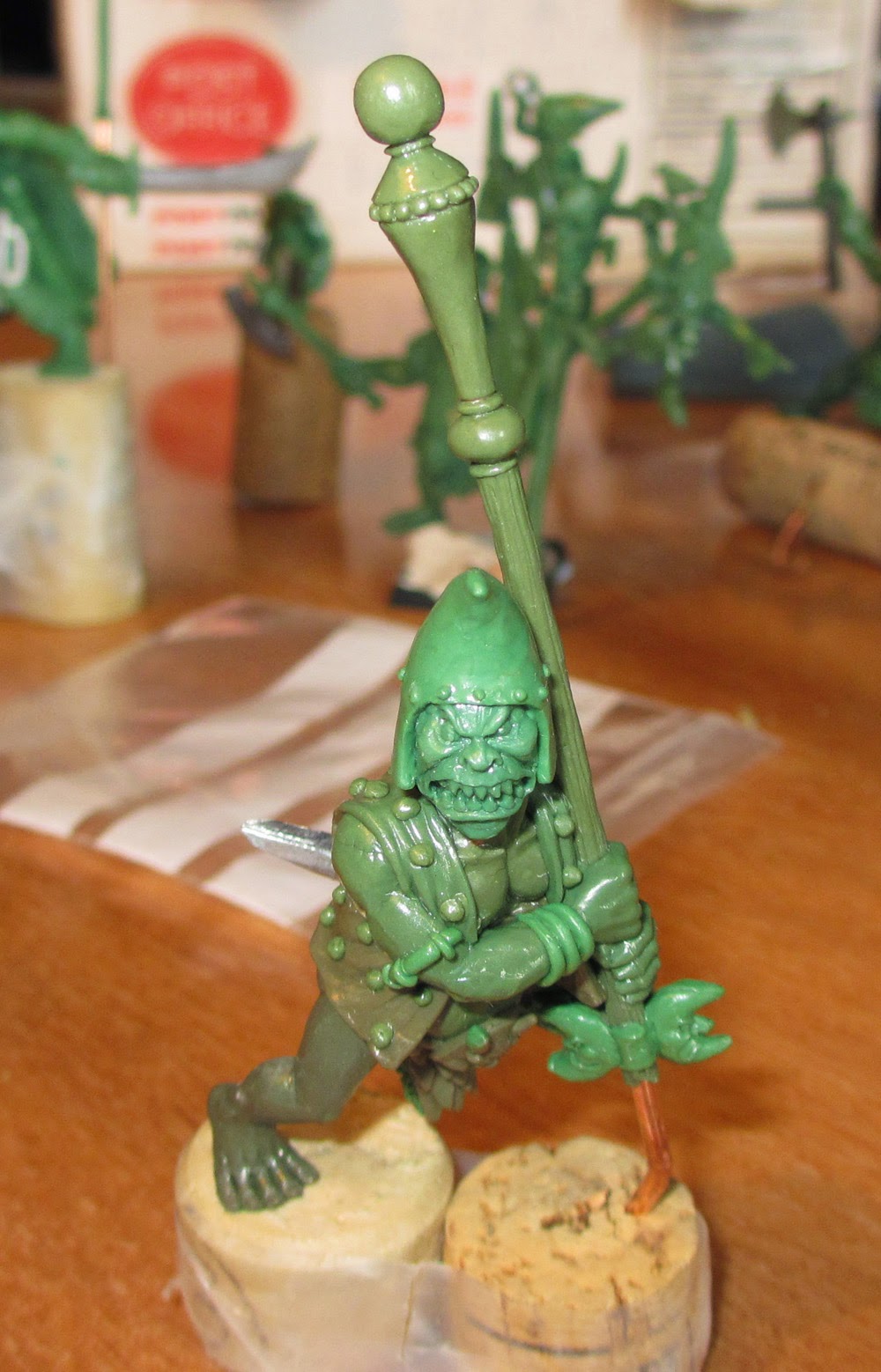 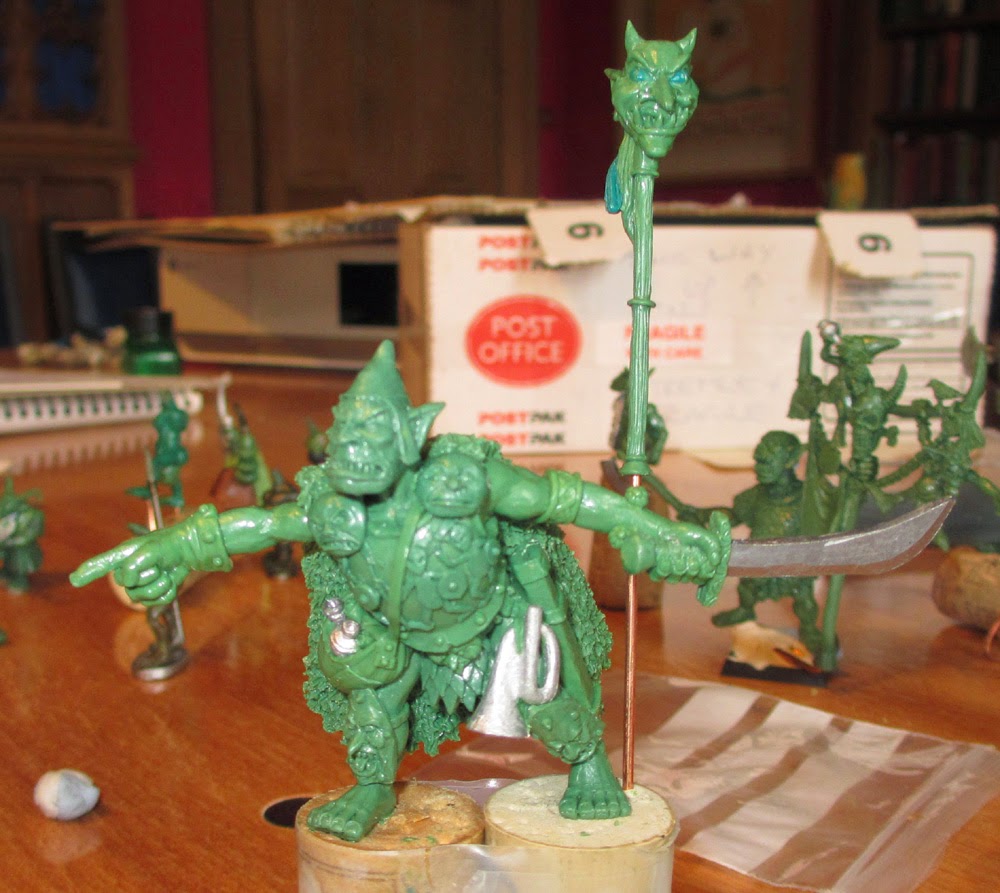 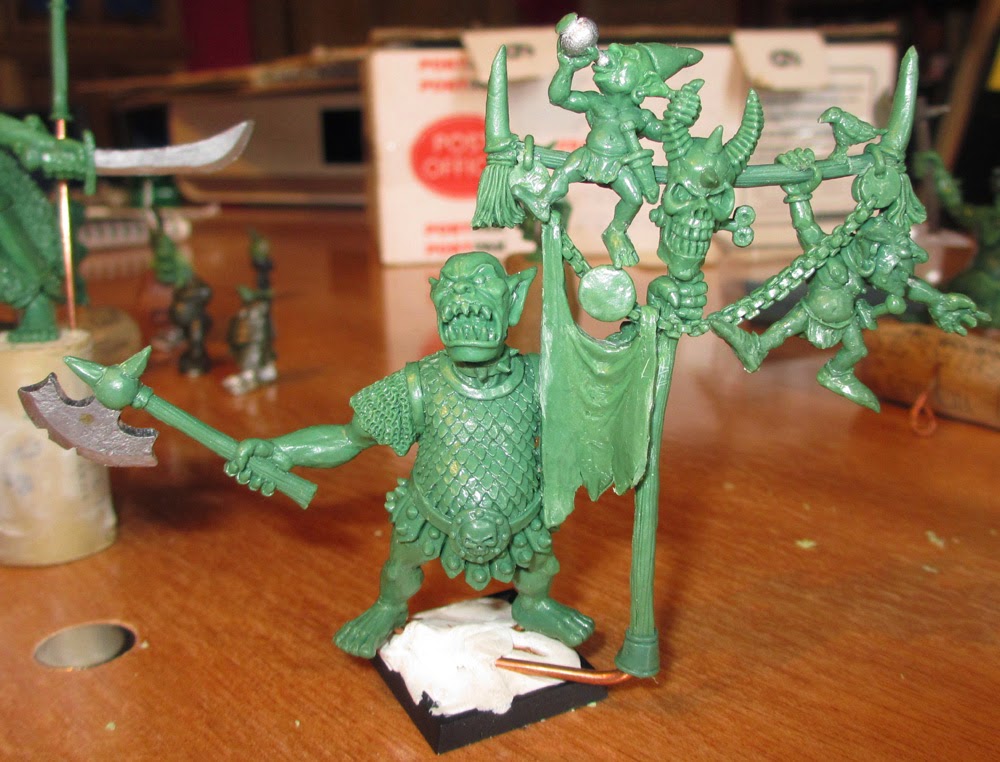 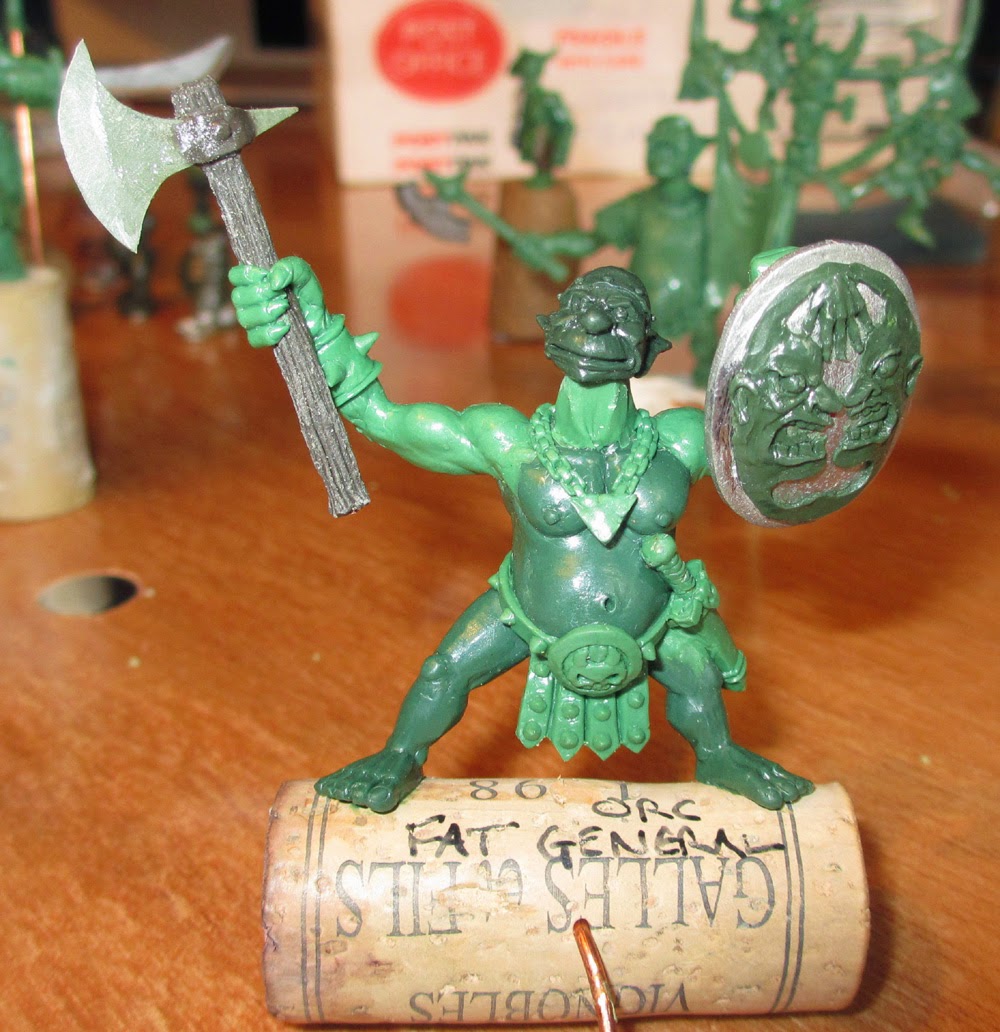 There's LOADS more orcs than what you can see above. Kev has been working on lots of orc heads: 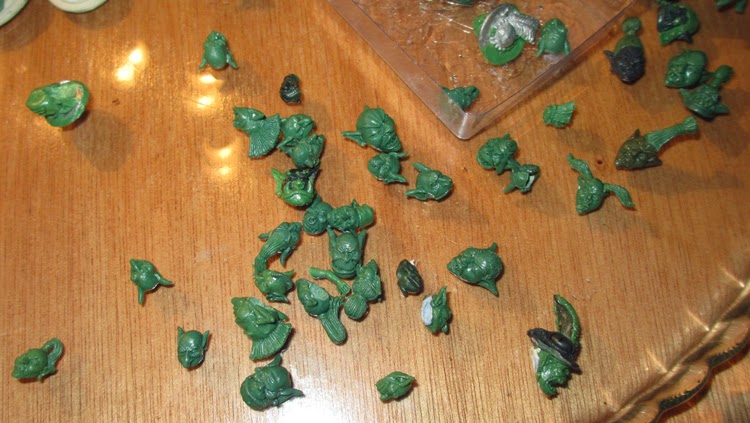