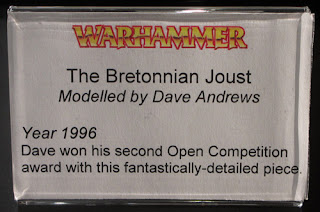 The year 1996 is a bit after my period of collecting interest (and also a bit before - if that makes sense), and the mid to late 1990's in general are a bit of a black hole as far as my knowledge and interest (currently) lies, but I couldn't resist snapping pics of this diorama by Dave Andrews when I visited Warhammer World Nottingham last Saturday. Dave is the man when it comes to building dioramas and scenery (more in a future post) and has been at Games Workshop/Forge World since just after the dinosaurs went extinct.

Despite its creation date this diorama still "counts" in my period of interest given the number of older figures in it; I'll leave it to the eagle-eyed among you to spot them (I've picked out some). All in all, it's a superb diorama.

The images are pretty large, so if you want to zoom in then as usual right click on an image and open in a different tab. 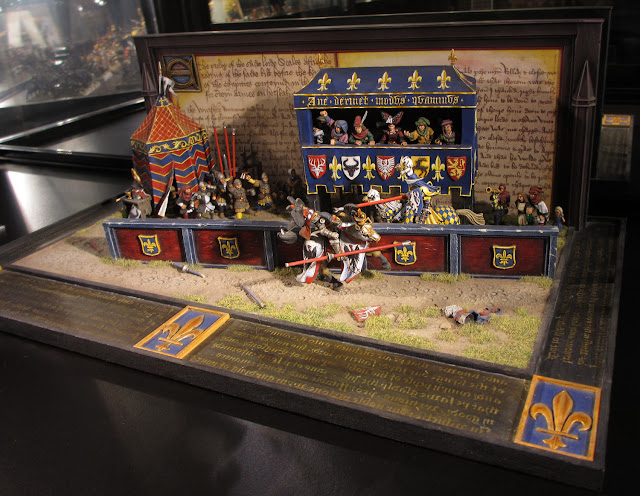 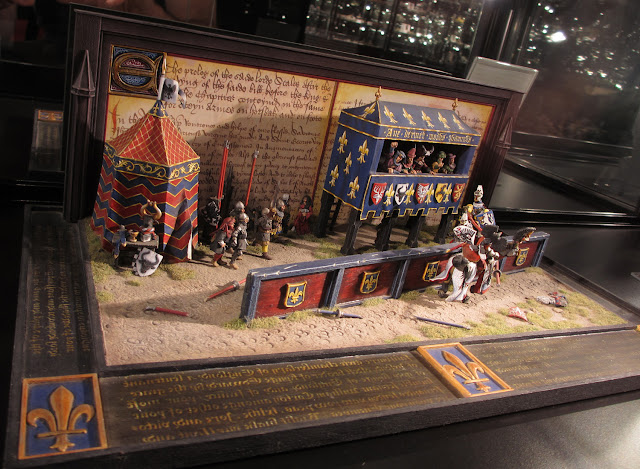 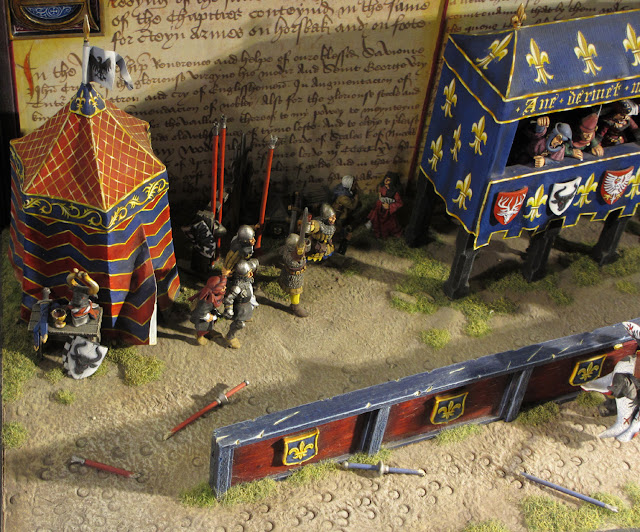 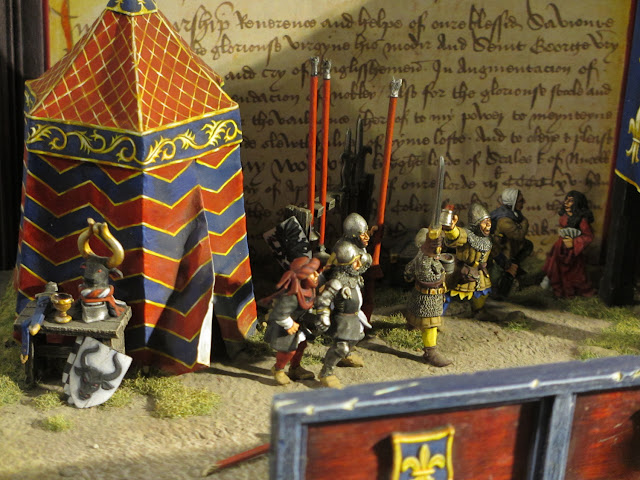 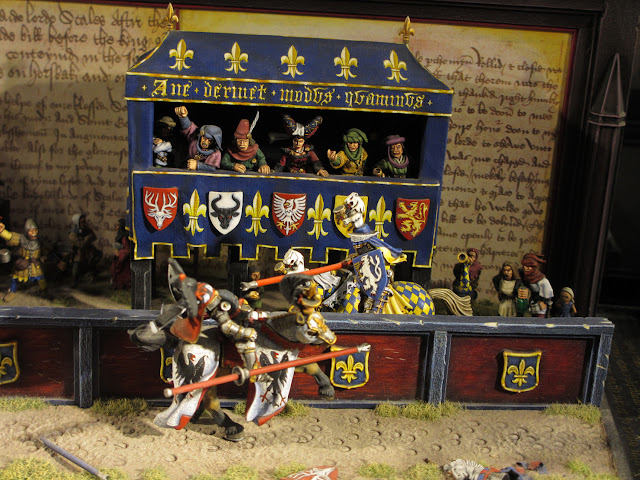 It was featured in White Dwarf 215 (UK edition) which also contained some cut-out buildings etc for a joust game. Here is the article in question: 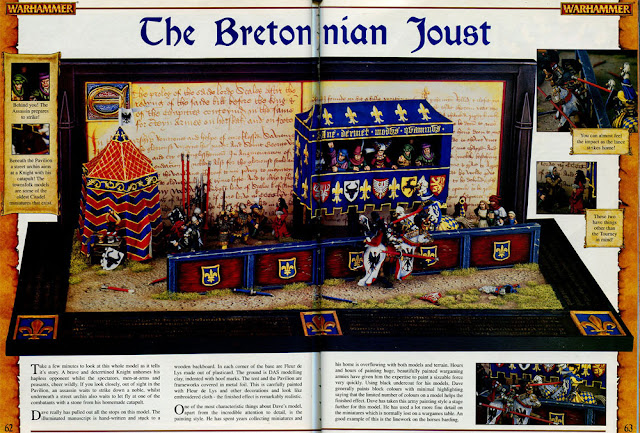