Opinions have been divided in the Citadel collecting community as to whether there is in fact one Wanda or two. The image below is a side-by-side comparison of the two images of Wanda from the Stuff of Legends scenario scans (the possible unknown variant on the right):

In my opinion they are different, but I haven't been able to confirm this until now: here are the two Wandas in the flesh: the previously known common version on the left, and the previously unseen variant on the right 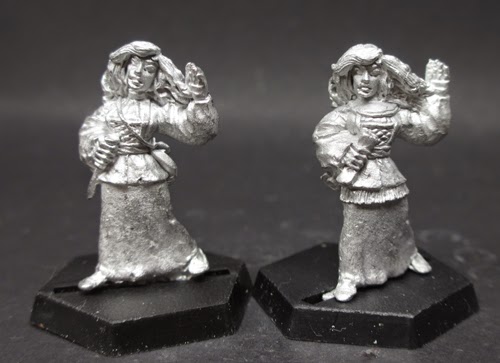 One of the interesting things about the new variant is that her tab bears the inscription "WANDA" whereas the common version simply says "Apprentice":

Wanda is indeed referred to as a "wizard's apprentice" in the label of the common variant in the Shadows Over Bogenhafen insert. She is simply referred to as "Wanda" on the Death on the Reik image of the new variant.

Just to add any additional figure to the mix, there is another previously known variant labelled "noblewoman" on the tab, which is part of the Villagers range. All three variant are dated 1987 on the reverse of the tabs. Here are all three together: 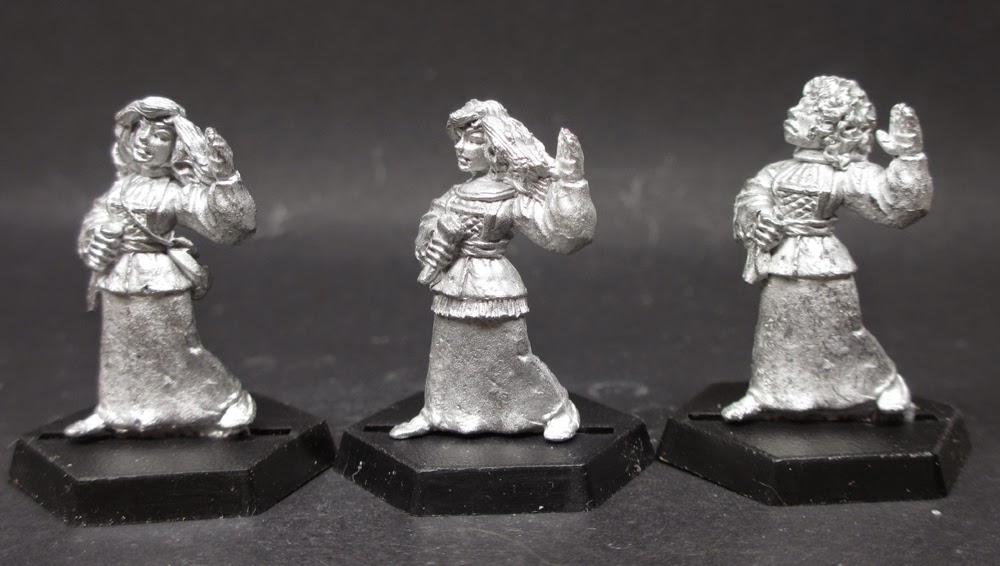 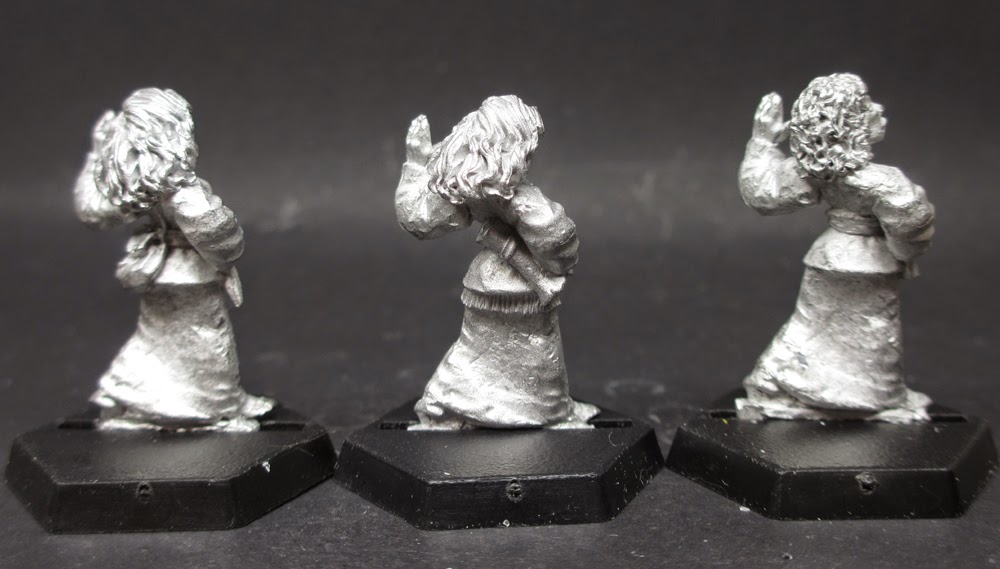 So there you have it - not only a new Citadel variant but one that is part of the scenario packs range of figures. You don't see one of those appear too often!
Posted by Steve Casey at 10:53