Work and family commitments have resulted in a lull in my blog posts recently, but now I'm back and my unreleased cup overfloweth. I've got plenty of fine figures to show you, both from Bryan Ansell's collection and also ones I've accumulated for my own personal collection over the last few months. So, on with the show.

***PLEASE NOTE*** this blog post has been updated since the start of the day. I initially though I was blogging about an unreleased Rogue Trader era robot but it appears it's an unreleased playtest/prototype Titan.

Today's offering was found in Bryan's collection and is an imposing Citadel Miniatures unreleased playtest/prototype Titan sculpted by Bob Naismith (thanks for confirming that Bob!): 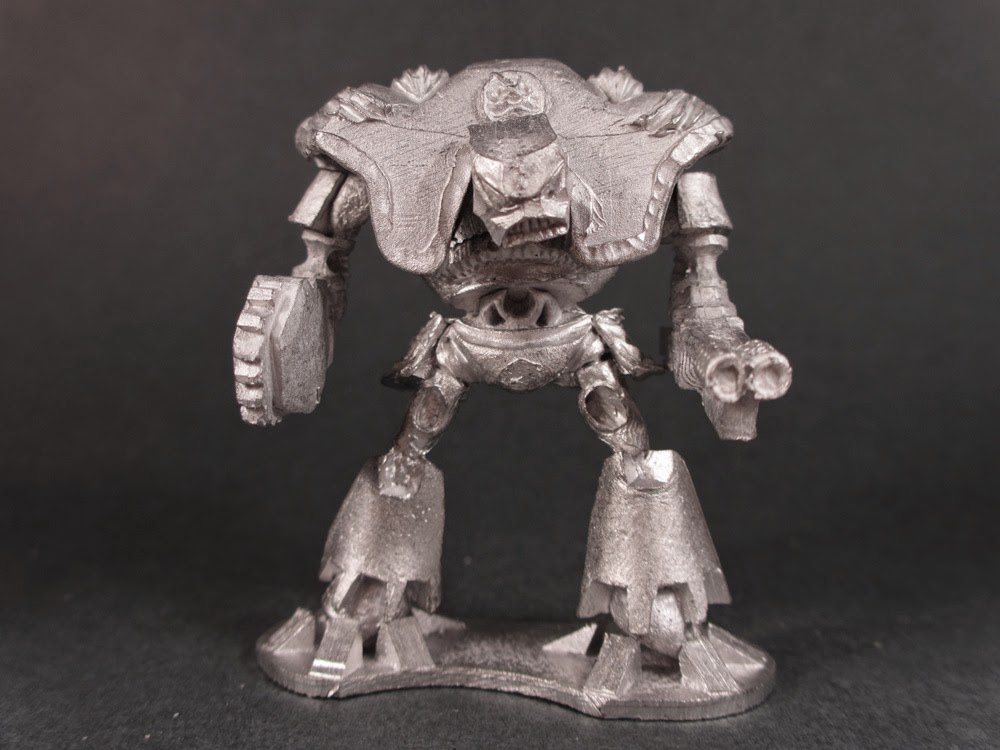 The figure in the image above was carefully assembled from six components parts as follows: 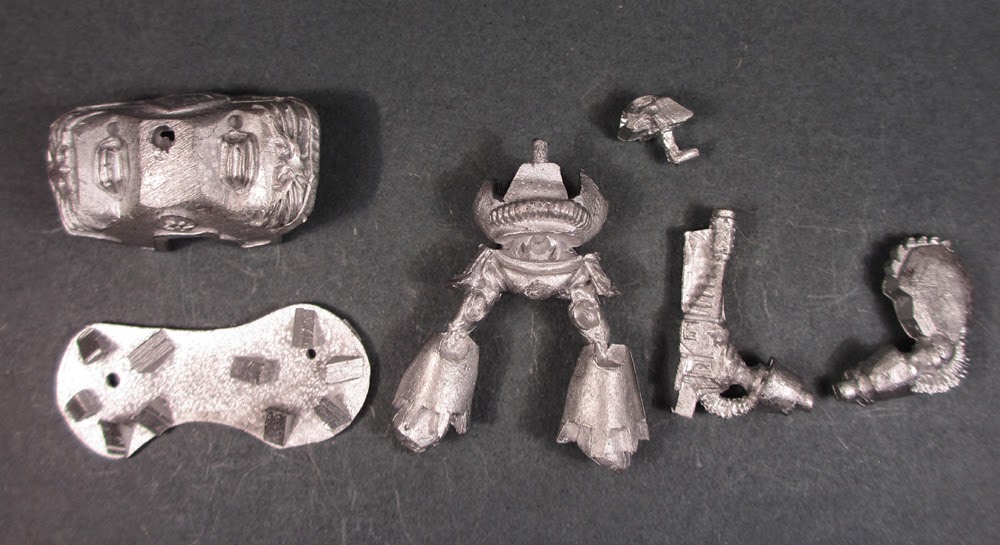 Confirmation that it is indeed a prototype Titan came from Apocolocyntosis over at the Tactical Command forum. Apocolocyntosis shared this great image that shows the above Titan in the bottom left corner:

I don't know what the symbol (if symbol it is) above the head is meant to represent, but a top-down view reveals the double-headed Imperial Eagle crest on each shoulder: 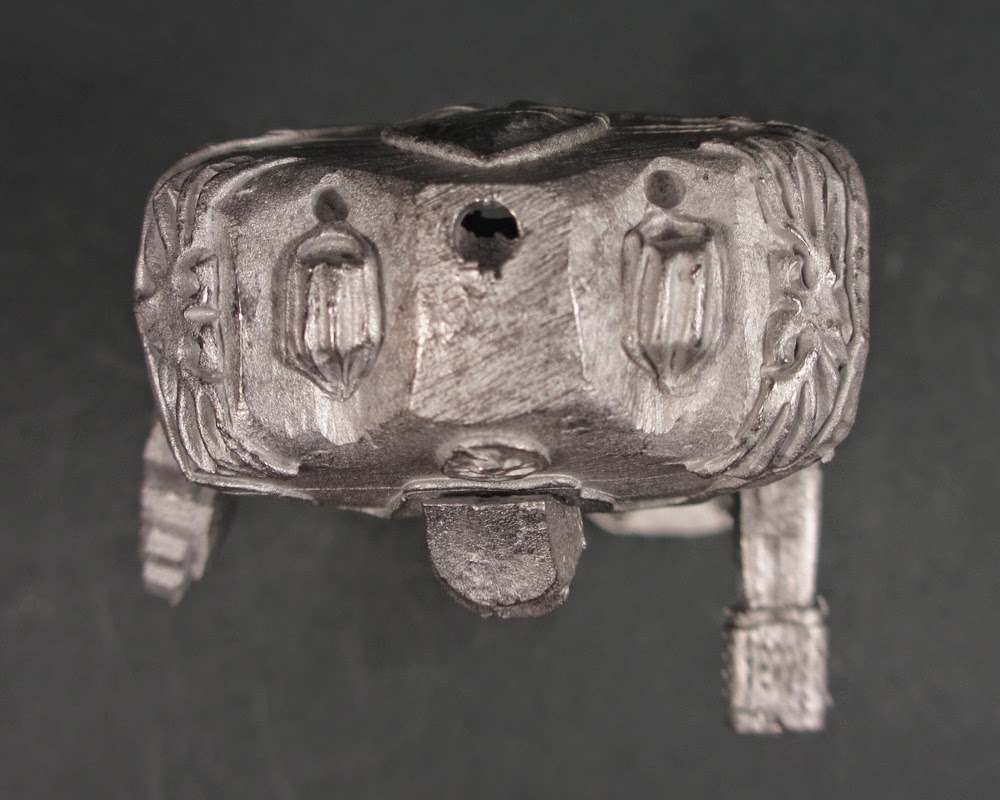 This view also reveals what appears to be three holes possibly for weapon mounts, although no weapons were present with this sculpt. Interestingly, the figure that appears in the bottom left of the earlier image is also without weapons.

So, what do you think? Is it a figure you would like to have owned?